When the Bucks traded away one of the greatest shooters of all-time, Ray Allen, they discovered their 2nd round pick, Michael Redd, also deserved some recognition as being one of the best shooters in the league.

“That was a big trade at the time because he was an established star, but they had enough confidence in me to put me into the starting lineup at the two-guard position,” Redd said after the Bucks’ win over the Lakers. “I learned so much from Ray and I tried to apply it so that when my chance came, I was ready. I’m still learning.”

Earlier in the night, the former All-Star and All-NBA 3rd teamer had one of his best nights ever, scoring 45 points against Kobe Bryant and the Lakers. 18 of the 45 came in the 4th quarter and 15 of his total points came from beyond the 3-point line. A line that the Lakers struggled with all night — they only made 11 out of a franchise-high 37 attempts. Kobe, who scored 27 in the game, was responsible for 14 of those 37 attempts.

“We just didn’t do a good job of executing,” Bryant said “Redd played extremely well. He made some difficult shots. They set good screens for him and he knocked them down.”

As great as this night was, just a couple of weeks earlier, Redd scored a career-high 57 against the Jazz; It was the most points ever scored by a player not drafted in the first round.

As great as that 2006 duel was, Redd’s greatest battle against Kobe Bryant came a couple of years later at an arcade.

We went to the village to hang out a few times while the Olympic Games were going on, and I remember everybody walking through the arcade that they’d set up for the athletes. There were a bunch of games, but in particular, they had those mini pop-a-shot basketball games that you can find in just about every arcade in the world. Kobe and Michael Redd started playing, and things got competitive. After a few games, I got tired of watching, so I left to meet up with some friends. I had to have been gone for a couple of hours. When it was almost time to head back to the hotel, I stopped by the arcade again and those guys were still playing! Both of them were in a full sweat with a focus like it was a real game. That was pretty funny to me because I’d always heard about how competitive Kobe was and in that moment, I got to witness it for myself. 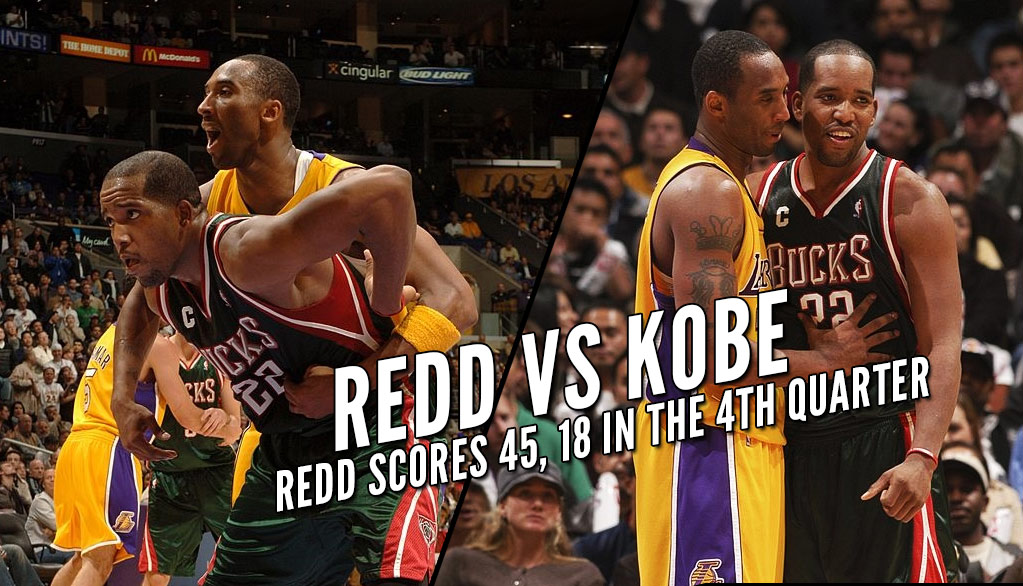