There’s been a lot of memorable fights at MSG — starting with Joe Louis and Rocky Marciano in 1951 — and on December 16th of 2006, the most memorable one happened and it happened during an NBA game between the New York Knicks and Denver Nuggets.

It all started with an unnecessary Mardy Collins foul on JR Smith with a little more than a minute left in the Nuggets victory. The two had some words and then a trailing Nate Robinson and Carmelo Anthony came into the equation, which caused all hell to break loose.

As a result of the brawl, the current NBA scoring leader, Carmelo Anthony, was suspended 15 games, JR Smith and Nate Robinson were suspended 10 each, Collins 6, Jared Jeffries 4 and 2 players were suspended a single game for leaving the bench. Both organizations were also fined half a million dollars.

An interesting storyline from the night was Nuggets Coach George Karl blaming Knicks Coach Isiah Thomas for the mayhem.

Though there was no separate penalty for Knicks coach Isiah Thomas, who warned Anthony not to go into the lane before the mayhem started, Nuggets coach George Karl singled him out for the sharpest criticism, calling his actions “despicable.”

“There’s no question in my mind it was premeditated,” Karl said. “He made a bad situation worse. He’s a jerk for what he’s trying to do.”

Earlier Monday, while the Knicks held their morning shootaround, Thomas didn’t back away from assertions that Karl left his starters in the game too long.

In Denver, Karl was blunt with his criticism of Thomas.

“I think his actions after the game were despicable. He made a bad situation worse. I’ll swear on my children’s life that I never thought about running up the score. I wanted to get a big win on
the road. 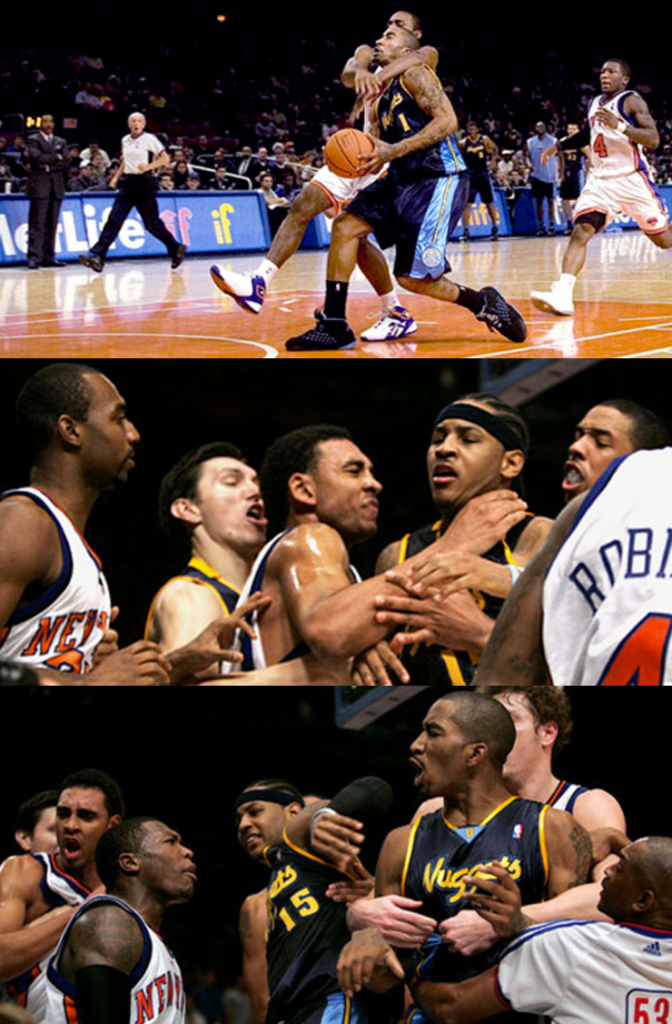