Kansas always seemed to bring out the best in Kevin Durant during his Longhorn days. On March 3rd of 2007, the Big 12 Player of the year went off for 32 points (25 in the first half, 6 of 8 from downtown) against the Jayhawks in a disappointing loss that saw Texas blow a 16-point lead.

Just eight days later, KD got his shot at revenge when he got to play against the Jayhawks again – in Oklahoma City.  This time he put up 37-points, 10 rebounds and helped build a 22-point lead. But, Kansas once again made their comeback and came away with another four-point victory.

After the game, Kansas Coach Bill Self said, “I don’t want to play him again” when asked about Durant. “He is a joke. You can plug him into any team in the country at any level and he can score. NBA, whatever, just plug him in and he can go get baskets.”

“We are not going to see another one like this,” Self added. “He is just different. He is the best I have ever seen.” 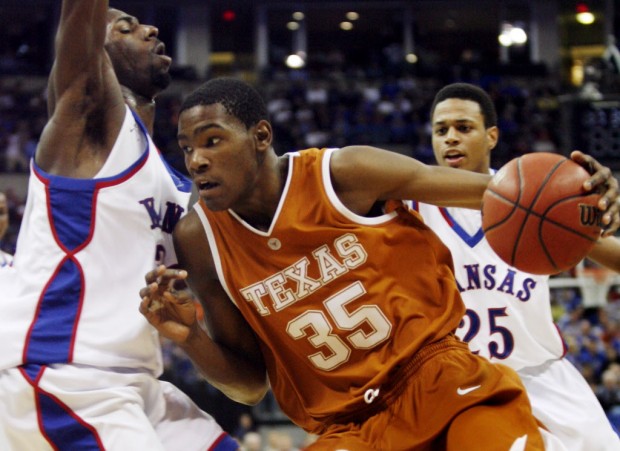 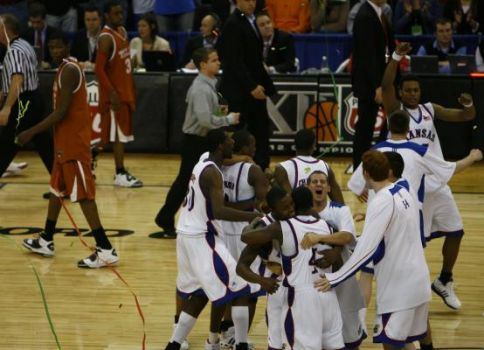