Allen Iverson, the Nuggets’ All-Star, isn’t as celebrated and remembered as AI, the Philly legend, but the Bubba Chuck in Denver was still putting up numbers and doing a lot of damage to defenders during those mostly forgotten years.

On December 5th of 2007, Iverson dropped 51 points along with 8 assists on longtime nemesis Kobe Bryant and his Lakers. 49 of those 51 came in the first three quarters as Iverson knocked down 17-of-23 shots.

“I just felt like everything was going to go in,” Iverson said after the game. “I kept attacking. It seemed like every move that I made threw the defender off. After you hit a couple jump shots, the defender has to play the jumper. I’d get his feet set and was able to drive by and make something happen.”

As expected, it was all Kobe Bryant in the fourth quarter as he outscored Iverson 12-2 in the final session and led the Lakers to a 114-107 victory.

NUGGETS RECORD: MOST POINTS IN A GAME 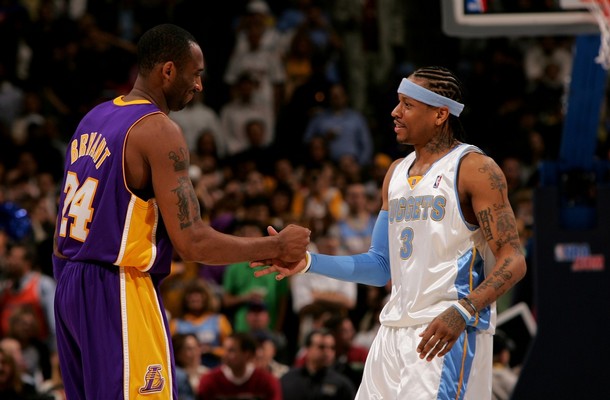