“Roy 365 days, seven days a week. Roy has no weaknesses in his game,” – Kobe Bryant when asked in 2010 who is the toughest opponent to guard.

Before Damian Lillard, there was Brandon Roy on the Portland Trailblazers. The 2007 Rookie Of The Year and three-time All-Star was a two-time All-NBA Second Team selection and the next in line to challenge Kobe for the title of “best shooting guard in the league.” But knee injuries prevented that from happening and eventually caused him to retire in 2011 at the young age of 27.

He attempted a comeback in 2012, but after just five games he needed to have season-ending knee surgery, which forced him into a second and final retirement.

On December 18th of 2008, the world got to see what the Portland star was capable of when he dropped a career-high 52 points (14-27 FG, 19-21 FT) on Steve Nash and the Phoenix Suns on a nationally televised game.

“I think this is by far the best offensive game I’ve had,” Roy said. “I can’t say the basket was big, but my confidence was huge tonight. I just felt like every shot I took was going to go in.”

The 52 was two shy of Damon Stoudamire’s franchise record of 54 set back in 2005, but it was two more than Blazer great Clyde Drexler.

“It really felt like a quiet 52 points. He was just knocking down shots,” Portland coach Nate McMillan said. “You almost expect him to do this night after night.”

Suns center Shaquille O’Neal wasn’t as thrilled about Roy’s performance: “We gave another game away. We’re not getting loose balls, and you can’t have 16 turnovers. And you’ve got to stop somebody. You can’t let a guy go for 52. It was not acceptable.”

Maybe not, but I believe if it wasn’t for his injuries we would have seen a lot more “unacceptable” performances by Roy. 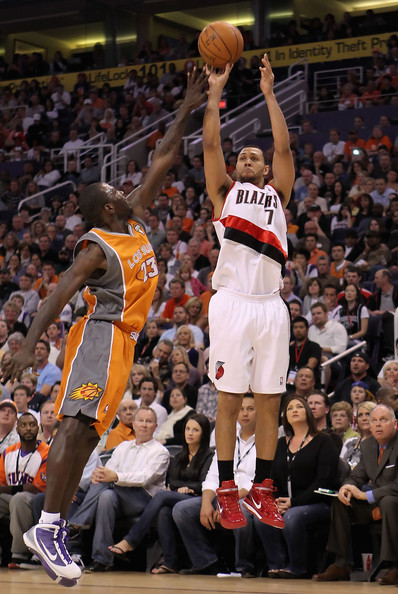 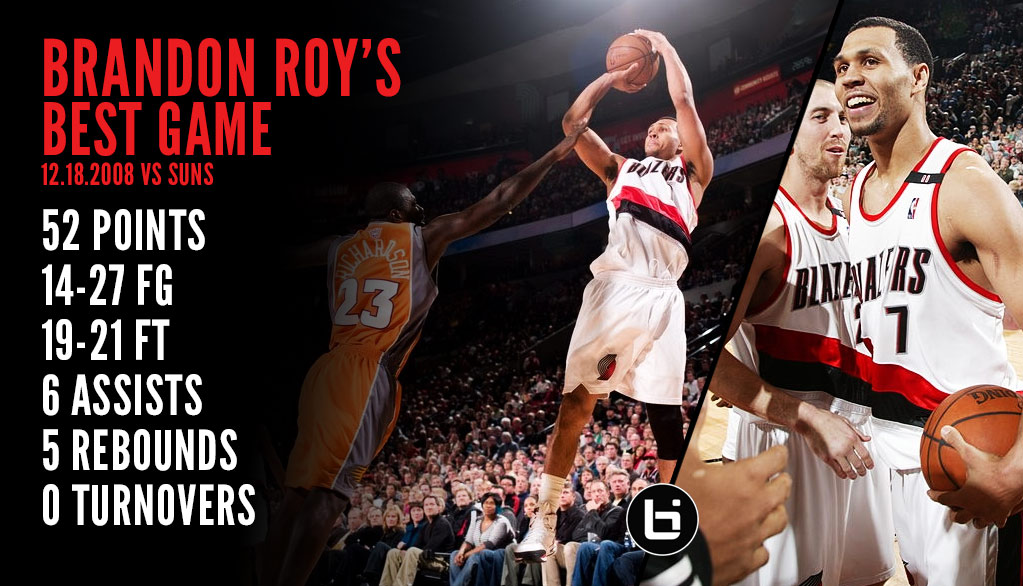