Kobe Bryant has had many memorable games against the Dallas Mavs and on March 2nd of 2008, he had arguably his most memorable performance (right up there with the time he outscored the Mavs 62-61 after three quarters) against the franchise: Kobe scored 52 points, including the final 14 points for the Lakers in the 4th quarter and 30 total points in the 4th and OT, to lead the Lakers to a 108-104 win over the Mavericks.

“We want to send a message that we’re for real and we’re going to compete and hopefully we’ll need to be dealt with,” said Bryant during a post-game interview.

The best post-game quote came from Phil Jackson, who actually said, “Kobe Bryant is probably the reason why we didn’t lose.” 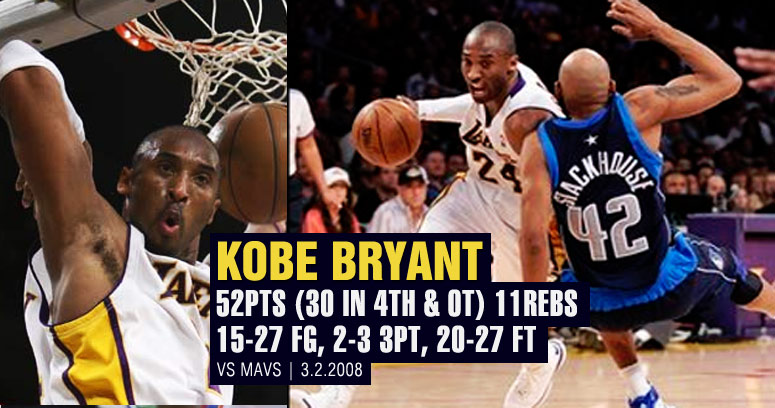