The 2015 BIL A-A Game begins at 8:00 pm EST and will be televised live on CBS Sports.  It will be preceded by the The BIL Slam Dunk Contest presented by Eastbay beginning at 5:15 pm EST.

The 2015 edition of the BIL All-American Game figures to be its best collection of talent yet. Scheduled to make his only national all-star game appearance at the event is 7-foot Thon Maker, one of the most viral talents in recent high school basketball lore. After reclassifying to the Class of 2015 during the high school season, Maker is already projected as a top prospect for the 2016 NBA Draft.

At least 16 players who will earn All-American acclaim this season from reputable organizations are scheduled to participate. Eleven were named McDonald’s or Jordan Brand All-Americans.

In 2013, Lavine won the Ballislife Slam Dunk Contest with one of the best high school dunking exhibitions in recent memory which also served as a prelude to him capturing the 2015 NBA All-Star Game dunk contest title. We are sold out! 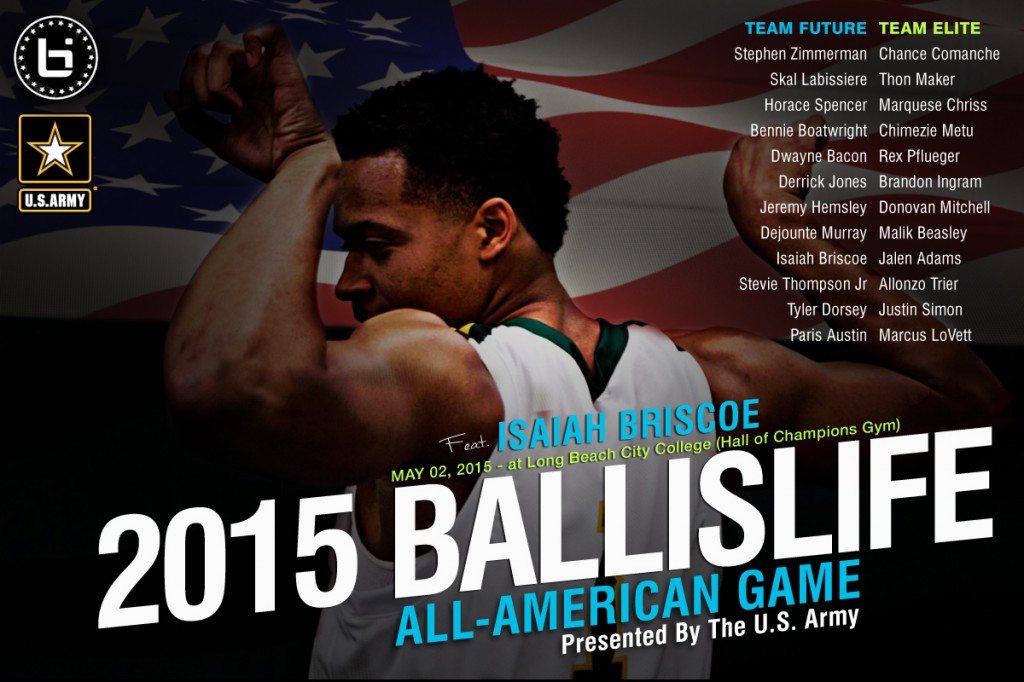