Check out the full #EastBayDunk Contest, featuring 8 of the world’s best dunkers, which was held this past Saturday in California.

The first between the legs dunk in a NBA contest was done by Orlando Woolridge in 1984: He went baseline, wrapped the ball around his back and then between his legs and dunked. The dunk was rewarded with a score of 48 but quickly forgotten.

1 year later, a high-flying 14 year old from the bay did the dunk but with a lot more height and power in high school. A couple years later, that same kid had Dick Vitale jumping out of his chair when he did it during the NCAA dunk contest. Months later, the confident NCAA dunk champ said on draft night that if he gets into the 1994 NBA dunk contest he’s winning it. He did get in it and he did win it. He also did his trademark dunk which had Dominque Wilkens comparing the rookie to himself and Charles Barkley saying “it might have been the best dunk he ever saw.” The dunker was Isaiah “JR” Rider and his version of the between the legs dunk was called the “Eastbay Funk Dunk.”

Since then we have seen many players – from Kobe to Vince Carter to Jason Richardson – win the NBA dunk contest with improved variations of the dunk: Off 2 feet, Reverse, With 2 Hands, Over a person. Then the evolution of the Eastbay was taken to new heights when a generation of pro dunkers made a name for themselves on YouTube and across social media by doing variations of the dunk that fans of the dunk and aerial artists like Rider never imagined was possible.

8 of the world’s best dunkers – from Canada to France to Poland – gathered at The Halloween Classic Tournament at the American Sports Center in Anaheim, California to participate in a the event. An event that remixed the format and rules of
the traditional contest to make dunk contests feel fresh again. The biggest change was having the 8 players split up into teams of 2. Then those 2 teams had to go through 3 unique rounds: A freestyle round, a D.U.N.K round (the dunking version of H.O.R.S.E) and a Eastbay Evolution round judged by none other than the Eastbay Funk Dunk inventor Isaiah Rider.

In Round 1, Team 1, made up of Michael Purdie, Guy Dupuy, Kenny Dobbs and Porter Maberry,  became the crowd and favorite of the judges – Rider, streetball legend The Professor and NBA2KTV host Rachel DeMita – with a set of creative dunks highlighted by 5’5 Maberry jumping over one of his teammates.

In Round 2, Team 2, made up Sir Issac, Lipek, Justin Darlington and Jonathan Clark won the round with a bunch of dunks never seen in a NBA contest including a reverse split dunk and handstand dunk by Olympic hopeful Jonathan Clark.

Jon Clark with a dunk you have never seen before #EastBayFunkDunk Contest | Live Stream: https://t.co/YK4a59rLhl pic.twitter.com/W0mRfNrPx0

In the final round, Team 1 pulled off a pair of Eastbay dunks over a bunch of kids while Team 2 missed a 360 Eastbay over a bunch of people – which might have been enough to top Team 1 if they were able to pull it off.

All 4 winners on the winning team won $2,500 each and the judges favorite on the losing team (Sir Issac) was also given a $2,500 prize. The remaining 3 players each won $750 for their participation. As a bonus, Eastbay also gave every participant a pair of Yeezy 350s which sells for a “few dollars.”

Aside from a great show, the fans were able to get autographs and take pictures with the players and celebrity judges.

It was a great event which just like the Eastbay Funk Dunk in 1994, will only get better and more spectacular as the evolution of the dunk and the dunkers that do them continue to push the limits of dunking.

Thank you to @Eastbay, the dunkers & judges of the 1st #EastBayFunkDunk contest pic.twitter.com/2pg2XyJh2B

You can also enter the #EastbayFunkDunk Sweepstakes that ends 11/7. Shoot a video of you doing your best Eastbay Funk Dunk (Size of the hoop does not matter). Upload to twitter/instagram and use the #EastbayFunkDunk hashtag and if selected, you could win your entire squad new shoes for the upcoming season! 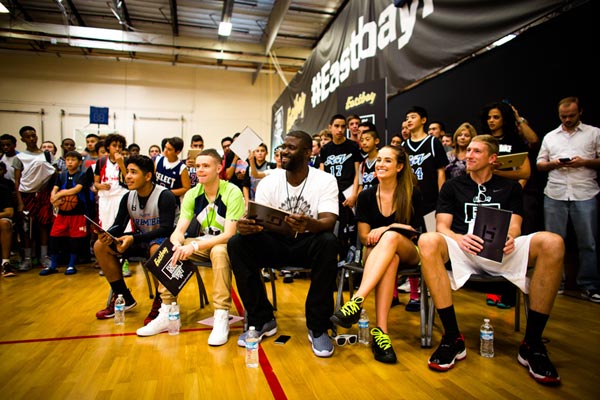 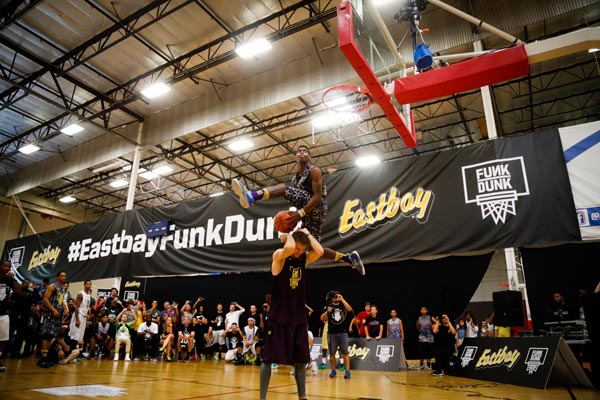 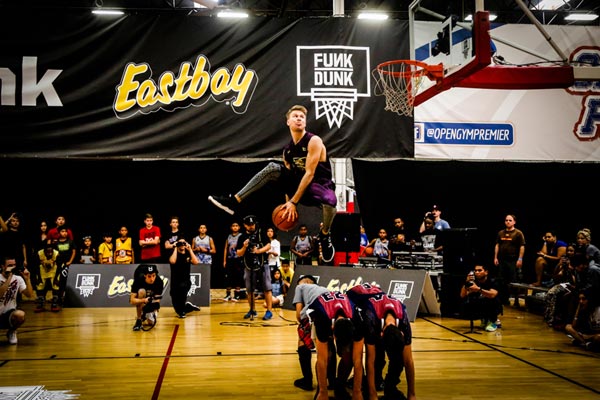 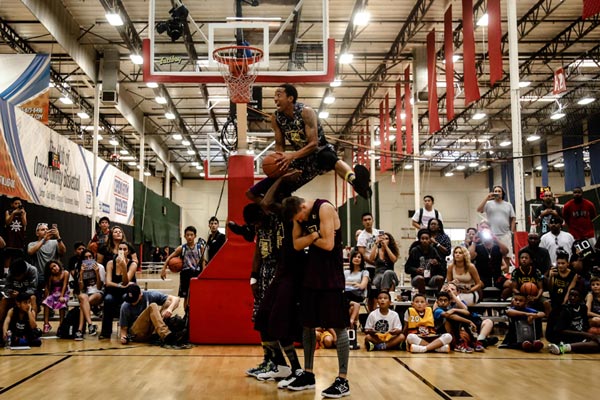 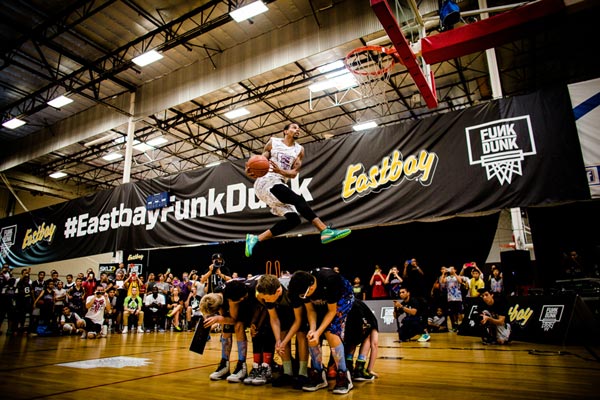