While most basketball fans and many NBA players were excited to watch the NBA Draft Lottery and GM1 of the Western Conference Finals instead of something like the ‘Dancing With the Stars’ season finale, Kobe Bryant, along with his family, were sitting in the audience crowd of the DWTS finale.

What he missed in the lottery was the Lakers  getting lucky and ending up with the #2 pick instead of the expected 4th pick which went to the cursed Knicks.

Word did get to Kobe about the pick and he acknowledged the lucky by tweeting,

Then he went back to watching Rumer Willis and Valentin Chmerkovskiy win on DWTS. 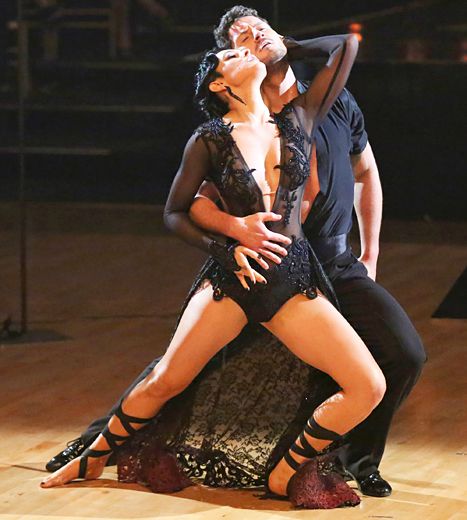 Lakers legend Magic Johnson was a little more excited and talkative on Twitter about the future of the Lakers.

And Magic’s ex teammate and current coach of the Lakers said all he needed to with a wink of the eye.