Dallas Mavs fans are going to love the results of the a 2017 NBA Rookie Survey. Number 9 pick Dennis Smith Jr was not only was voted “Most Likely to Win Rookie of the Year (25.7% of votes; Lonzo Ball was second with 20%)” by 38 other surveyed rookies, he was also voted “Most Athletic,” second in “Biggest Steal of the Draft,” third (tied with Josh Jackson) in “Will Have The Best Career” and third (tied with Jawun Evans and De’Aaron Fox)  for “Best Playmaker.”

FYI, these survey’s do have a pretty bad track record and in the 10 years of doing it, the only time the rookies ever correctly picked the Rookie of the Year was in 2007, when Kevin Durant won it. Last year, Kris Dunn was picked and that could not have been a worst pick.

Here’s a list of rookie picks and actual winners over the past few years.

Other winners in the 2017 survey include

My favorite answer among the questions is someone actually listed Dwight Howard as their favorite player in the league. LeBron easily won that question with 31.5% of the votes.

You can read all the results on NBA.com.

Before we get into some of his best highlights, I would like to bring up Smith’s great tweet from 2012 about his “God given talent.” 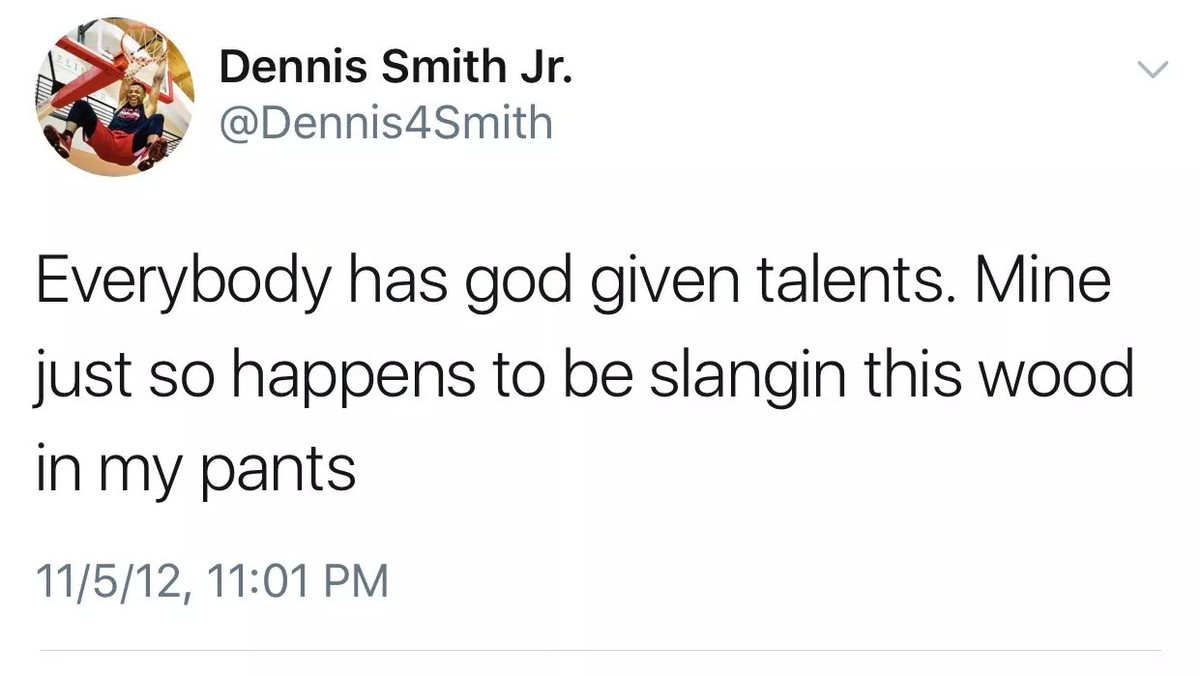