James Worthy recently called the Knicks not-so-popular #4 pick Kristaps Porzingis a combo of Durant and Dirk.  This praise caused as many SMH replies as “Duncan 2.0” Jahlil Okafor going to the 76ers with the #3 pick.  On Tuesday, the two big men faced off and it was the Latvian center who came out on top.

Okafor had twice as many points as Porzingis (9pts), but also attempted 13 more shots and went to the free throw line 7 times (making 2). Of the 10 misses by Okafor, 5 were blocked and 3 of those 5 were by Porzingis who also hit some big free throws at the end of regulation and overtime.  Porzingis is also the one to blame for the overtime. Down by 3 with 1.9 seconds left in regulation, he fouled Scottie Wilbekin on a 3-point attempt.

One of the biggest heroes of the night was undrafted rookie Maurice Ndour who had 23 points (10-15fg) for the Knicks. 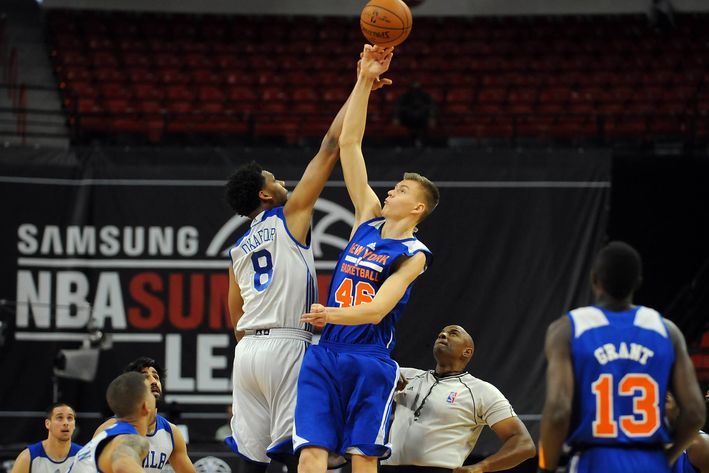