If you thought the rivalry between Alabama and Auburn stopped on the college football field then check out the girls hoop version of the Iron Bowl during last night’s Crimson Tide and Tigers game. 3 players were ejected including Alabama’s Breanna Hayden who threw the first punch and Hasina Muhammad who transformed into Muhammad Ali after getting sucker punched.

As for the rest of the game, Alabama came away with a 1 point win, 51-50, thanks to a last second block by Khadijah Carter…29 turnovers by Auburn helped a little too. 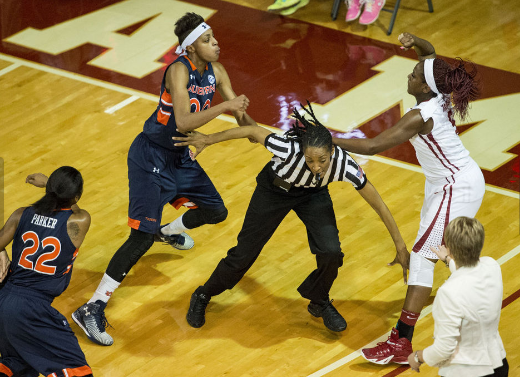