“NBA titles are so confusing. They call BS dunks posters but fail to call this one a poster” – YouTube user Wesley Snipes (LOL) in response to the title.

I’m assuming the people involved in the above video are big Blake Griffin fans with big Blake Griffin poster on their wall. Why? Well, why else would they not put Blake’s name in the video title and not say “poster” when they use poster for dunks that a lot people would argue aren’t poster. For example, last week they posted a “Kevin Durant Posterizes Chris Bosh” video.  Here’s the most liked comment on that video: Dear NBA, this is not a poster! Please stop getting my hopes up! Sincerely, F**k off.

Do you think that KD dunk was more of a poster than this KG one?

Now the other issue with the “Kevin Garnett Throws Down A Monster Jam” video is they didn’t show much of KG being KG after the dunk: yelling, celebrating, talking trash and getting a tech. Instead they cut to dunk champ Zach LaVine celebrating on the bench.

“That wasn’t no baby jam,” said LaVine after the game.

Oh well, at least they showed Karl-Anthony Towns going ape s#*t over the dunk which is exactly what I did when I saw 39 year old Kevin Garnett POSTERIZE Blake Griffin. 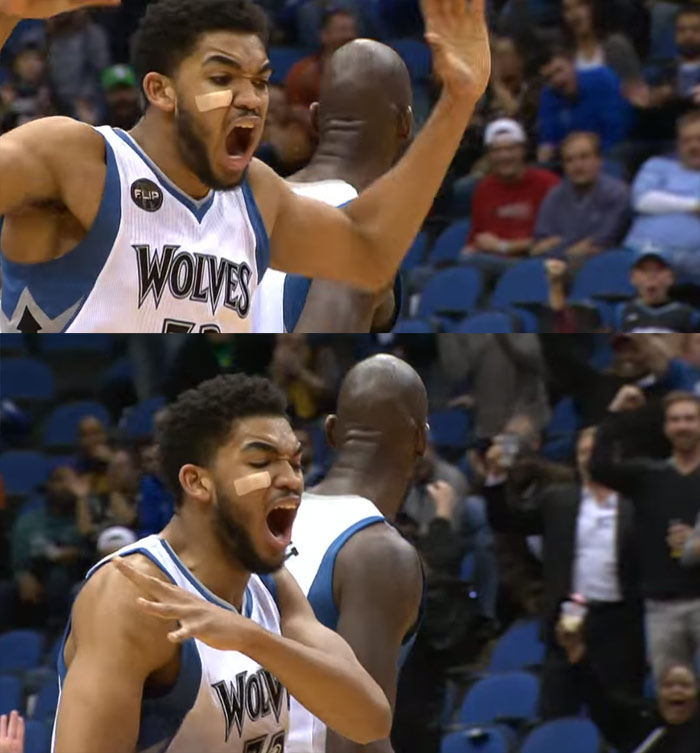 If you actually care if the Wolves won (of course they didn’t) or if KG did anything else in the game (of course not), the Clippers won 110-106 and KG finished with 5 points, 3 rebounds, 2 assists and a steal. He only had 1 other field goal besides this dunk.