Check out my favorite person to go to Hooters with, Issac White aka Sir Issac, throwing down some dunks in Chicago before the City Slam dunk contest.

The 5’10 Issac didn’t win the contest but he is winning the title of “highest jumping dunker in the world.”  So what’s the  secret to his 55″ vert? It’s not the shoes. It’s not those nasty “McGangbang” sandwiches he eats. It must be the socks right? 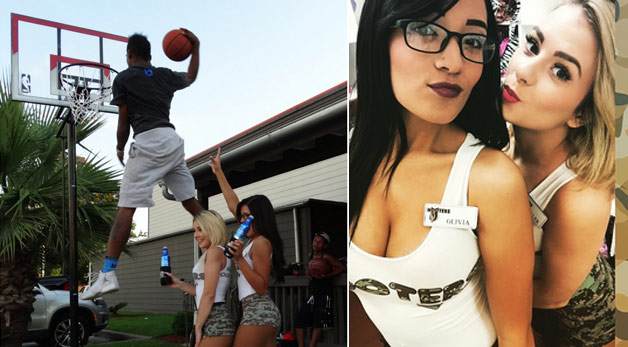