You know the saying, “winning solves everything?” That may be true in some cases, like “winning” stopped Shaq from killing Kobe Bryant during their three-year dynasty. What it doesn’t always solve is mysterious phobias, like Al Horford’s fear of the ball bouncing off the rim!

Midway through the second quarter of the Celtics’ win vs the Hawks (9th win in a row) on Monday night, former Hawk Al Horford did one of his classic flinches as an airball flew by him. When I say “flinch” I’m not talking about the head movement you might make when a you hear a mosquito buzzing by your head, Horford ducked, leaned back and put his arms in the air like a real Hawk was swooping down to attack him.

Check out the videos below to watch a few more instances of his phobia, going back to 2011! 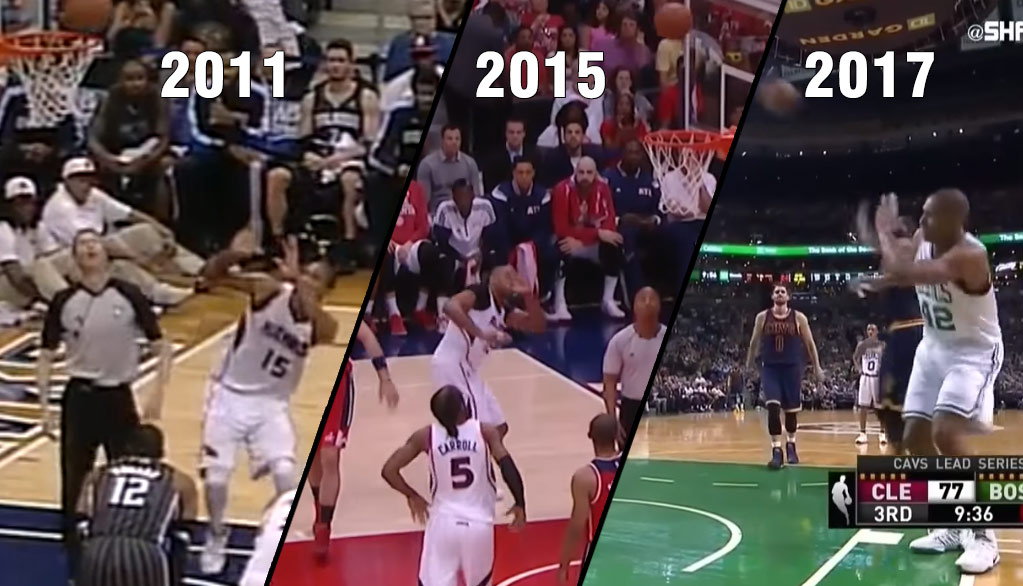