“One of the best shooting displays I’ve ever seen.”  – Magic Johnson.

That’s just one of the many compliments from Thursday night about Stephen Curry after he torched the Wolves for 46 points which included a 21 point 1st quarter.

“When you get up on him, he just shoots the ball from farther,” said the Wolves’ Shabazz Muhammad. “It looked like he was shooting it from dang near halfcourt.”

He was hitting from dang near half-court (8-13 3pt) and the dang free throw line (8-8 ft) and at the dang rim (7-12 2pt). And he was doing it against every defender: from young pups like Tyus Jones, Karl-Anthony Towns, Andrew Wiggins and Zach LaVine.

“I was still kind of in rhythm,” said a smiling Curry about making the 3 that was deflected by Andre Miller. “It was just kind of a low release.”

The Warriors are also still in rhythm behind their lead singer and are now 10-0 to start off the season.

KENNY SMITH ON HOW TO GUARD STEPH CURRY’

CHARLES BARKLEY ON IS STEPH THE MOST ENTERTAINING ATHLETE 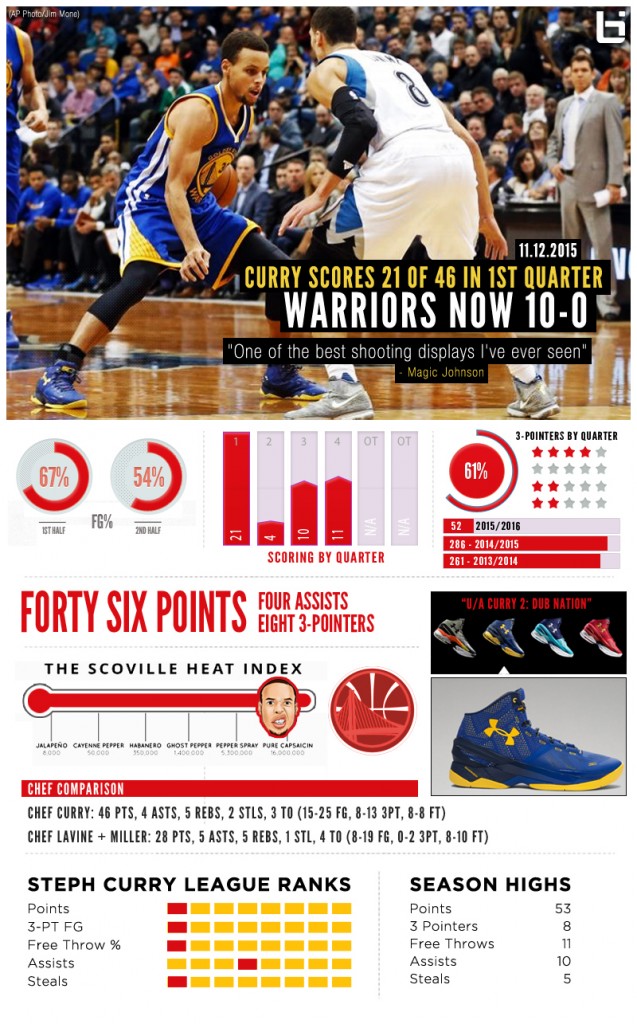