For those who hung around to watch the final minute of the Pelicans blowout of the 76ers on Monday night they witnessed Philly’s Jerami Grant going baseline and throwing down a reverse dunk on Jeff Withey. It was a nasty dunk but the best part about it was watching teammate KJ McDaniels reaction to it. 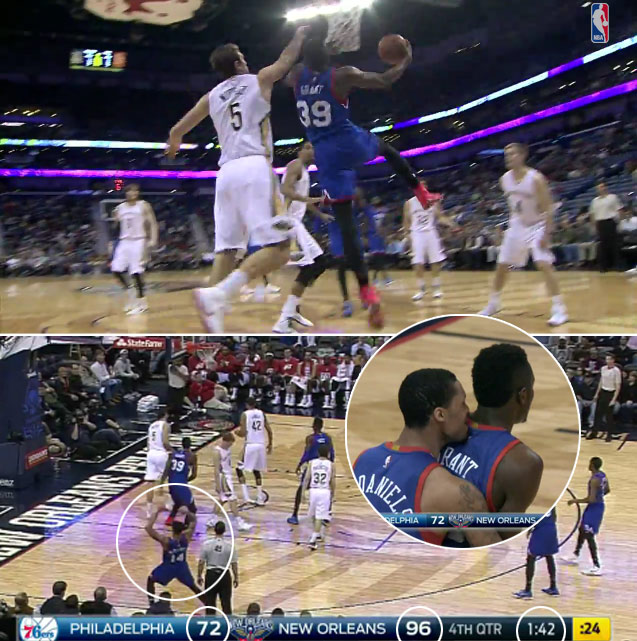 I’m not one of those critics who thinks you shouldn’t celebrate a good play just because your team is losing with no chance of winning but this play was amusing considering the 76ers were down by 24 with less than 2 minutes to go.

But I’m going to excuse the high flying McDaniels for being a good teammate who had a good game with a team high 16 points along with 4 boards, 3 steals and 2 blocks in 28 minutes off the bench.  But I’m not going to excuse the idea of the NBA dunk contest next month being full of young players and rooks and one of those players is not KJ McDaniels.