“Michael Jordan shot the basketball 43 times. That’s unbelievable. He’s going to be icing down his elbow, too.” said MVP Charles Barkley after beating the Bulls in Game 3 of the 1993 NBA Finals.

Charles Barkley, who also said “God wanted them to win,” did everything he could and finished with an impressive triple-double of 32 points, 12 rebounds and 10 assists.  But, even with God as their 6th man, the Suns had no answer for the man Larry Bird once said is “God disguised.”

Jordan finished the series with an NBA record 41 points per game Finals average. 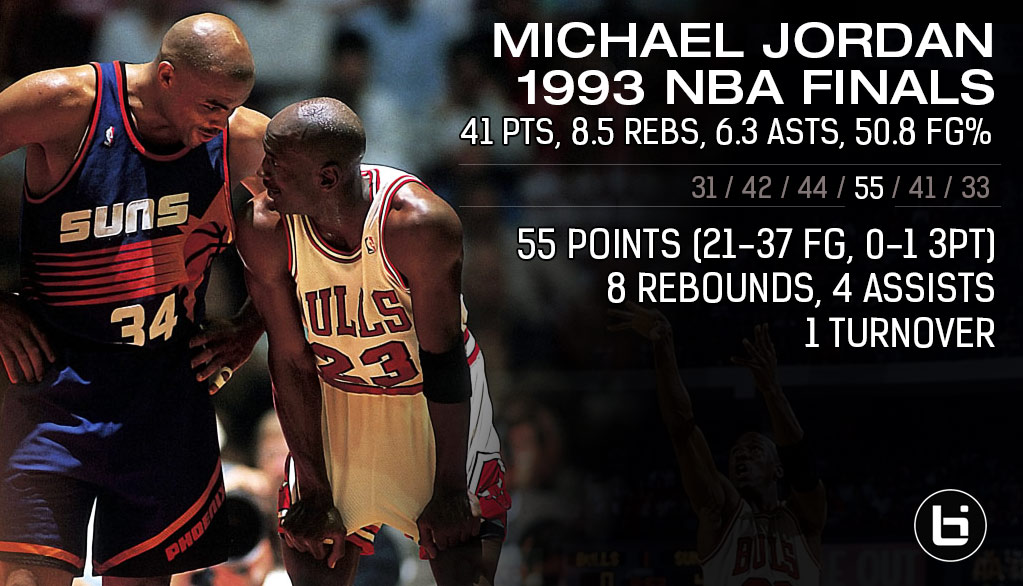