Unlike Stephen Curry’s scary fall in GM4, nobody was near, or cared, when hated referee Joey Crawford took a dive to the floor during the Rockets must needed win to survive another day. This means the only explanation is a sniper, not named James Harden who scored a playoff career-high of 45 points, took out the 63 year old ref.

But why would anyone want to take out the man who once ejected Tim Duncan for laughing and almost ejected a ball boy for not wiping the floor well enough….

Yeah….I think it was one of these two guys. 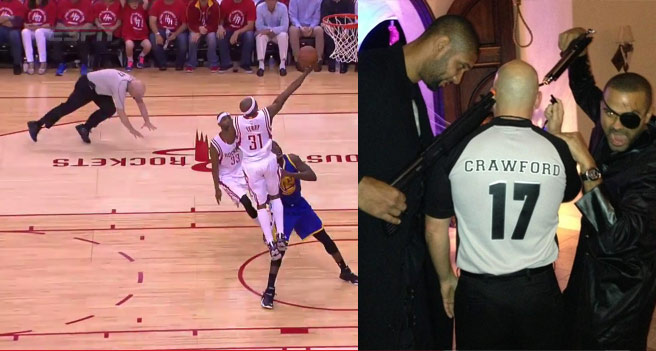