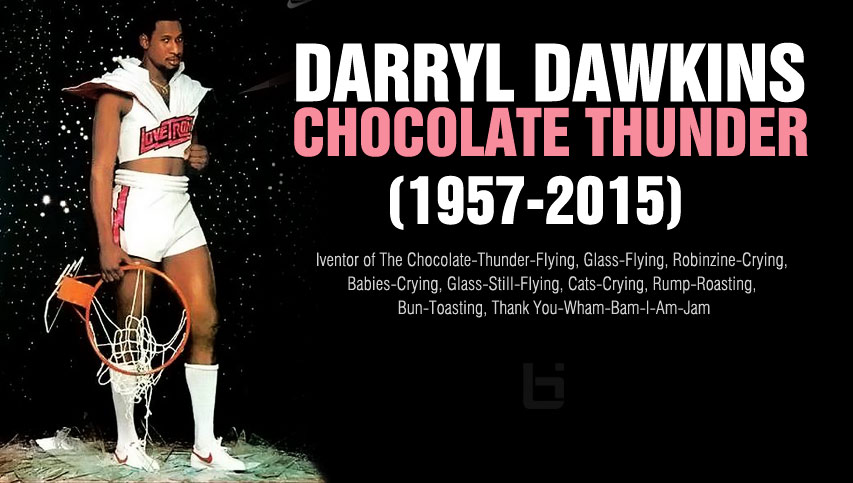 Some know Darryl Dawkins aka Chocolate Thunder (a name given to him by Stevie Wonder) as the original backboard breaker. Some know the man among boys from the planet Lovetron as the best player straight outta Orlando and the 2nd player to ever be drafted straight outta high school. Others know the man Saturday Night Live once called “The Man of the Millennium” as that funny guy with colorful suits and a raspy voice on numerous NBA specials and events. I know Darryl as my breakfast partner.

I had the great pleasure of working with Dawkins for four years on the Sprite Slam Dunk Showdown summer tour. That meant for four summers, I got to hear some of the best, funniest and most shocking (sorry I can’t share them) stories about NBA players and life. For four summers, I got to watch him joke around with contestants, guest judges, fans and even people who had no idea who he was; All they knew was the guy was very personable, had a great laugh, made others laugh and was larger than life.

I just heard the sad news that Dawkins, at the age of 58, is no longer in our lives. I don’t know how or where but I do know I’m going to miss him and I will forever be grateful for the memories, including the last one I have, which was at the 2015 All-Star weekend. Me and one of the other Ballislife guys, George Nguyen, were in an elevator at Barclays. It opens on a floor and we see Darryl standing with his son and talking to a bunch of fans. We jump out to say what’s up and I tell him how the NBA gave us really crappy seats. Being the always gracious man that he was, he invites us to watch the All-Star events in his suite along with a few of his friends: Scottie Pippen, Horace Grant, Muggsy Bogues, Dikembe Mutombo and a few other NBA greats. It was one of the most fun nights I’ve ever had and it’s all because of Darryl — the same guy who signed a book for me and wrote “good luck” because he noticed I was checking out a girl standing near us.  I didn’t have any luck meeting the girl but I can’t say enough about how lucky I am to have met him.

RIP Darryl. You can eat all the bacon you want now. 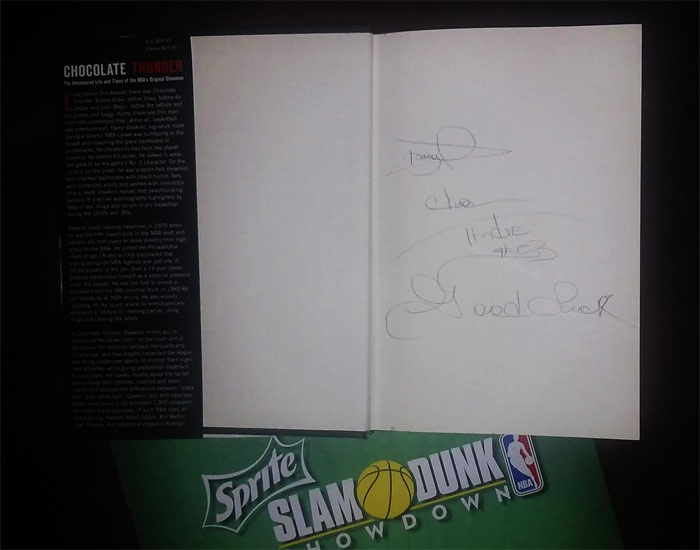