We get it. You think Aaron Gordon was robbed. Now stop talking about it after every dunk he does because the more minutes Gordon plays, the more (nasty) dunks you are going to see.

Instead of dwelling on the dunk contest, let’s talk about how he went over Jahlil Okafor on this sick oop (above). Let’s also talk about this great play where he blocks Noel on one end and dunks on the other.

Let’s also talk about him finishing with 11 points, 11 rebounds, 3 assists and 3 steals in the Magic win and how this was his 6th consecutive game with 10+ boards. Also worth talking about is him averaging 9.4 points, 11 rebounds, 2.5 assits, 1.2 blocks and 1.5 steals over his last 10 games while playing just 30 minutes.

But no, you still want to talk about him getting robbed. Well, maybe that’s because this dunk was just so awesome.

But so is this photo! 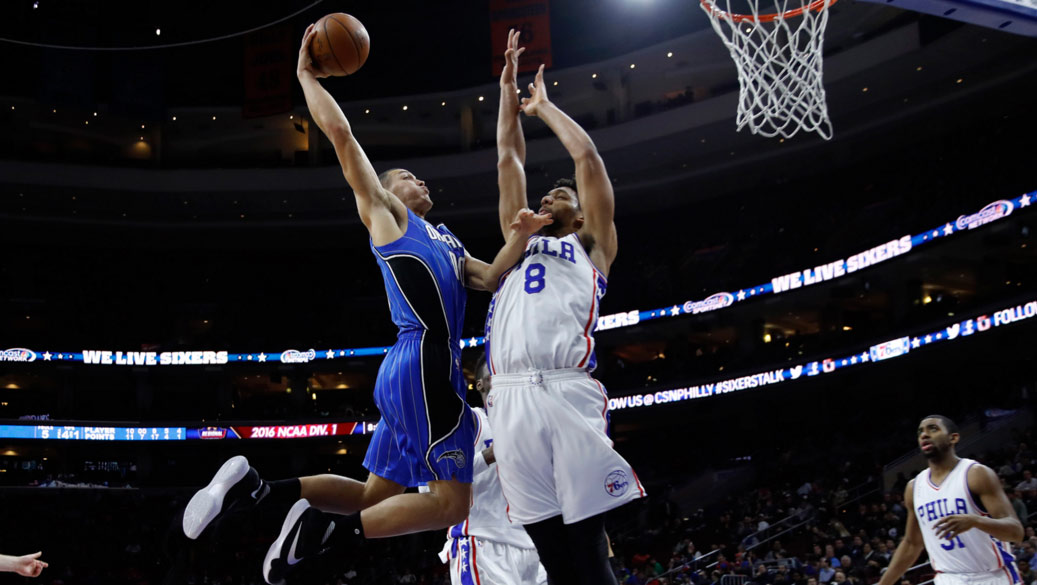