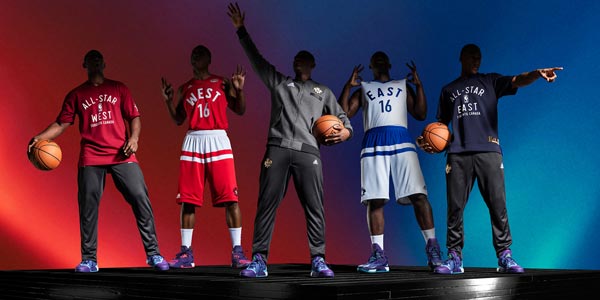 Today adidas has unveiled images for the upcoming NBA All Star uniforms hosted in Toronto, Canada. The uniforms pay homeage to Toronto’s NBA history with minor but meaningful details on the jerseys.

This years take will see the West draped in a simple red and white colorway while the East will be donned in the white and blue renditions. The simple designs of the jersey were inspired by the first NBA game being played on November 1 1946 between the Toronto Huskies and New York Knickerbockers.

Details such as a star that has incorporated the maple leaf & NBA logo can be seen on the upper back of the jersey with a discreet outline of Toronto’s skyline.

The warm ups look to be very cozy and functional at the same time. Donning black and heather grey fleece jackets and a performance shooting shirt with tapered pants. Details such as the individuals career accolades can be spotted on the sleeves of the fleece jackets.

I’m actually digging these uniforms. A simple approach, enriched with heritage and culture of the city who’s the first host of an NBA All Star game outside of the United States. 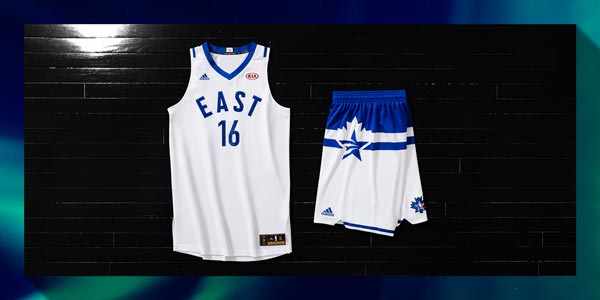 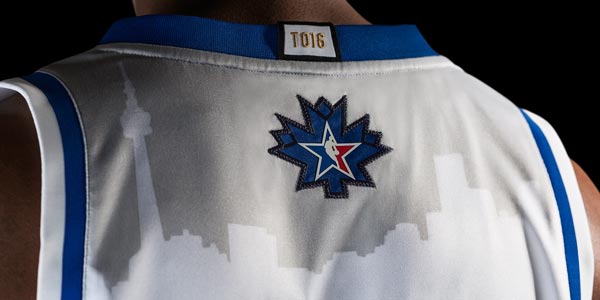 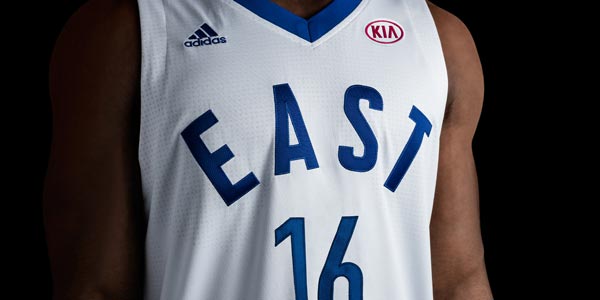 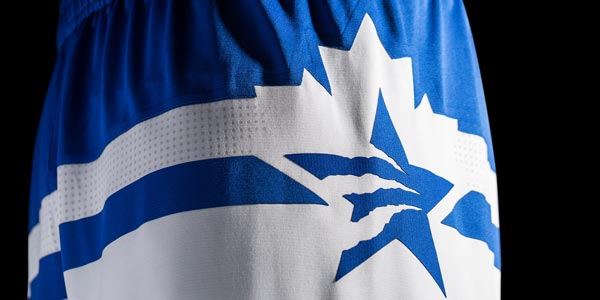 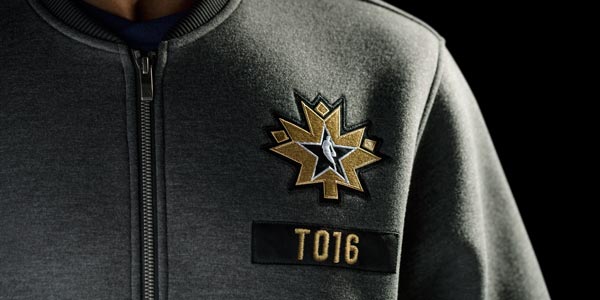 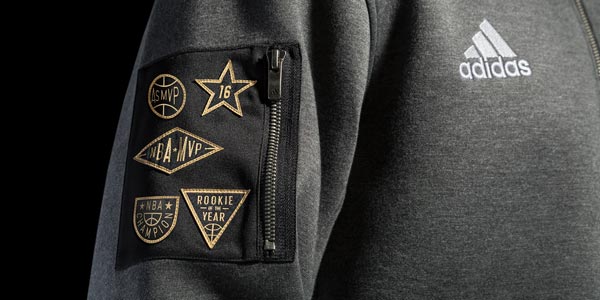 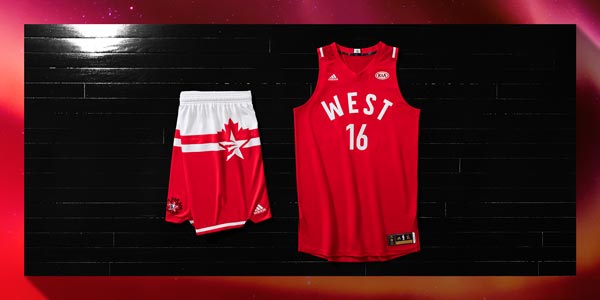 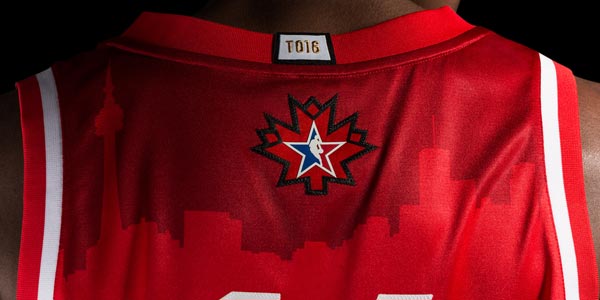 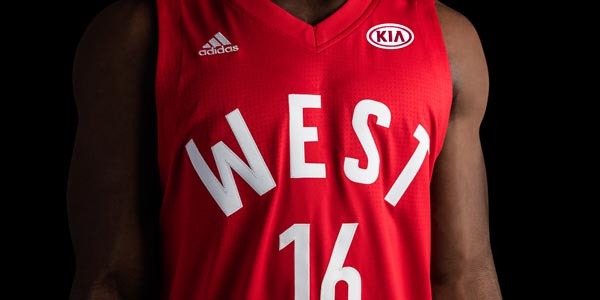 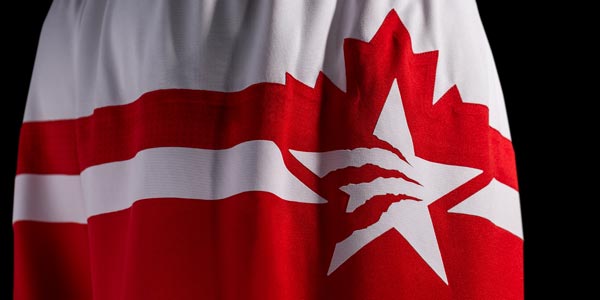 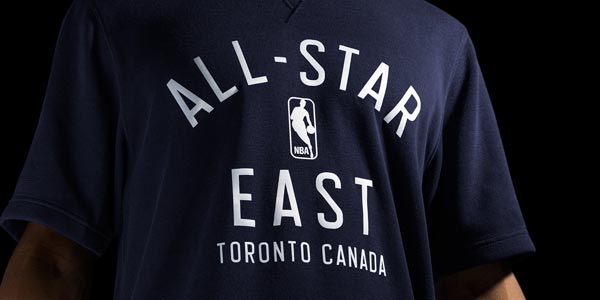 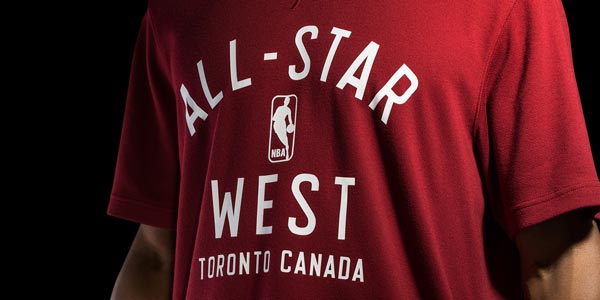