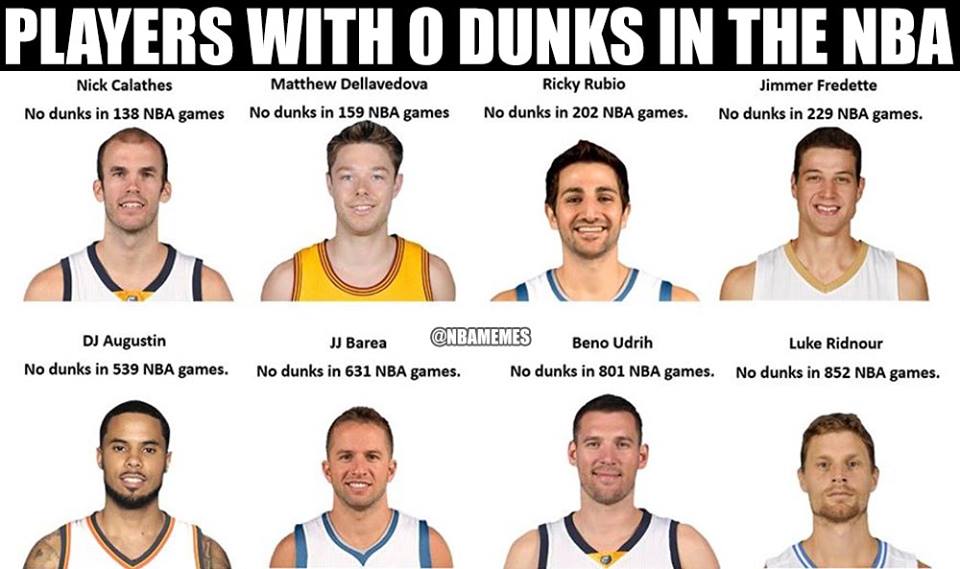 As of 2015, these 8 white guys…sorry 7, light-skin DJ threw me off at a quick glance – have played over 100 NBA games and never thrown down an in-game dunk. We have seen some, like 6’0 JJ Barea, attempt a few without success. We have seen some, like 6’2 Luke Ridnour – who has played for 5 different teams and was once traded 4 times in a month – play a decade worth of games without a single jam.

One white guy  not on this list that wouldn’t have surprised me if he was, is the Lakers Calderon.  The 35-year old has thrown down 3 dunks during his 11-year career and during a recent Lakers practice, he showed the young kids on the squad his best Michael Jordan logo impersonation.

Here’s Calderon talking about all the “excitement” at camp, what guards D’Angelo Russell and Jordan Clarkson can do in the back court and how it feels having a head coach that is just 1 year older.

BONUS: JOSE AND-1 DUNK A DECADE AGO