So Steph Curry didn’t win the NBA Finals MVP – what a failure! I guess he will have to try to find a way to move on knowing he only won the regular season MVP, won the NBA 3-Point Contest, broke his own NBA record for 3s in a regular season and demolished the record for most 3s in a single postseason which ended with a NBA championship.

Curry’s final 3-point count in this postseason was 98. The previous record of 58 which was held by Reggie Miller in 2000 and broken back in Game 3 of the WCF when Curry made 7 3-pointers in just 3 quarters.

It’s safe to say Curry had the greatest 3-point shooting season of all-time and even if he makes it to the NBA finals again, it’s going to be real tough for even him to touch some of the records he set this year.

Lost in all of the hoopla (no pun intended) about Curry’s records is teammate Klay Thompson finishing the postseason with 57 3-pointers which is good enough to be tied with Ray Allen for 3rd all-time.  Going into Game 6, Klay was tied with Dennis Scott and Ray Allen in 4th place and only needed 3 3-pointers to move past Reggie Miller and finish 2nd to Curry.  But Klay was cold and only made 1 3-pointer and scored 5 points before fouling out.

I’m sure he would have loved to have had that record but at the moment, he didn’t really seem to care…. 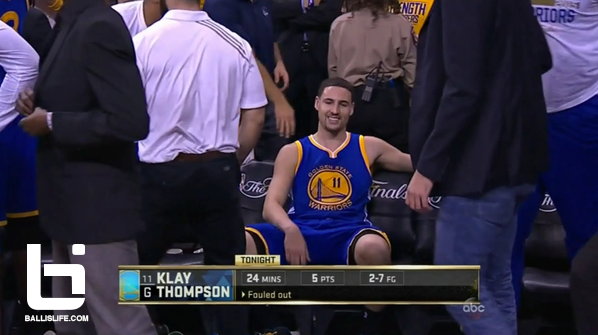