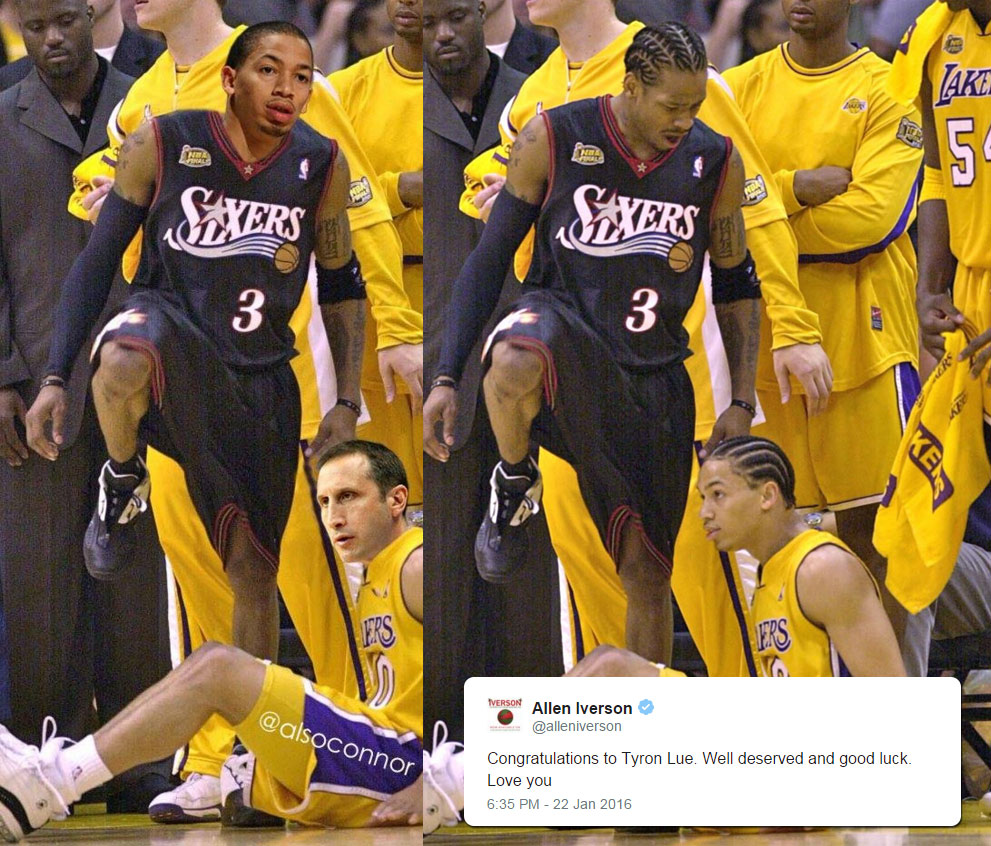 When you say Tyronn Lue’s name, the first thing that’s going to come to mind is Allen Iverson walking over him from Game 1 of the 2001 NBA Finals. So it was only fitting that after Lue was announced as the new head coach of the Cavs and a meme showing Lue walking over David Blatt went viral, that Iverson would send his congrats.