It’s been 19 years since a rookie Allen Iverson crossed Michael Jordan. That means no high school kid and most basketball fans under 30 remembers seeing this historic moment live. But most of them have heard their favorite players rave about Iverson, his game and impact on the game and have seen countless replays of arguably the most well-known crossover move in the history of the NBA. And according to Allen Iverson during his appearance on ‘The Late Show with Stephen Colbert’ on Wednesday night, even kids as young as 5 or 6 will come up to him and ask him if he’s that guy who crossed over the GOAT.

He is and the recent Basketball Hall of Fame inductee also discussed his once controversial style, why he wore cornrows (tired of barbers messing his hair up in every city) and taking “the ass-whooping” for NBA players today to look how they do and “be themselves.”

That’s true and i’m not exactly sure if we should thank him for that. I’m kidding, but you know the king of baggy clothes is just shaking his head at guys wearing skinny jeans. And i’m sure they are doing the same when they look back at pics like this. 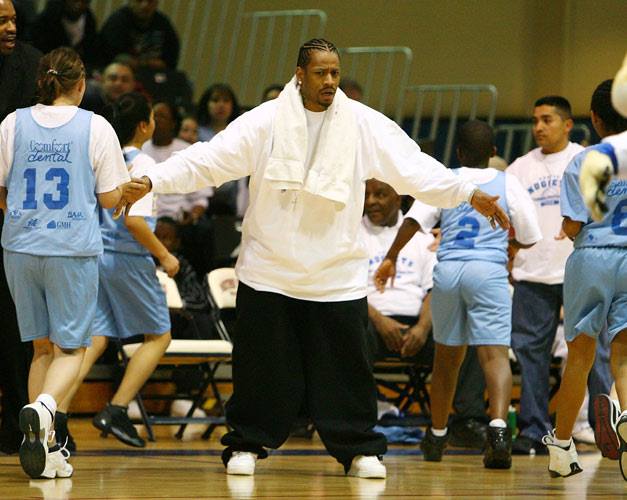 I’m also sure a lot of younger people prefer the Jimmy’s of late night television over Colbert but you got to love some of the exclusive guests he gets and special treats like the time Kendrick Lamar performed “Untitled” back in 2014.