Allen Iverson’s last NBA game was on February 20th of 2010, he scored 13 points in a 32-point loss to the Chicago Bulls. On that Bulls team was 2nd-year player Derrick Rose, the 2008/09 Rookie of the Year and first-time NBA All-Star one season before becoming the youngest NBA MVP ever.  The game was seen by many as “the passing of the guard (literally)” as one fearless point guard was leaving the game as another fearless one was just breaking the surface with his game. He had 17 points on 7 of 16 shooting on this night.

We all know the ups and downs Rose has faced since those years and in the past week we have heard about him wanting to walk away from basketball after he was fined $200,000 for going AWOL to wanting a max deal in the future. We also saw him score 17 points on 7 of 15 shooting against the Bulls on Thursday night, helping the Knicks snap their three-game losing streak. In attendance for that game was Allen Iverson. He caught up with Rose, gave him a hug and when asked by the media what was said, The Answer answered with, “That was hood love right there. We didn’t have to say anything.” 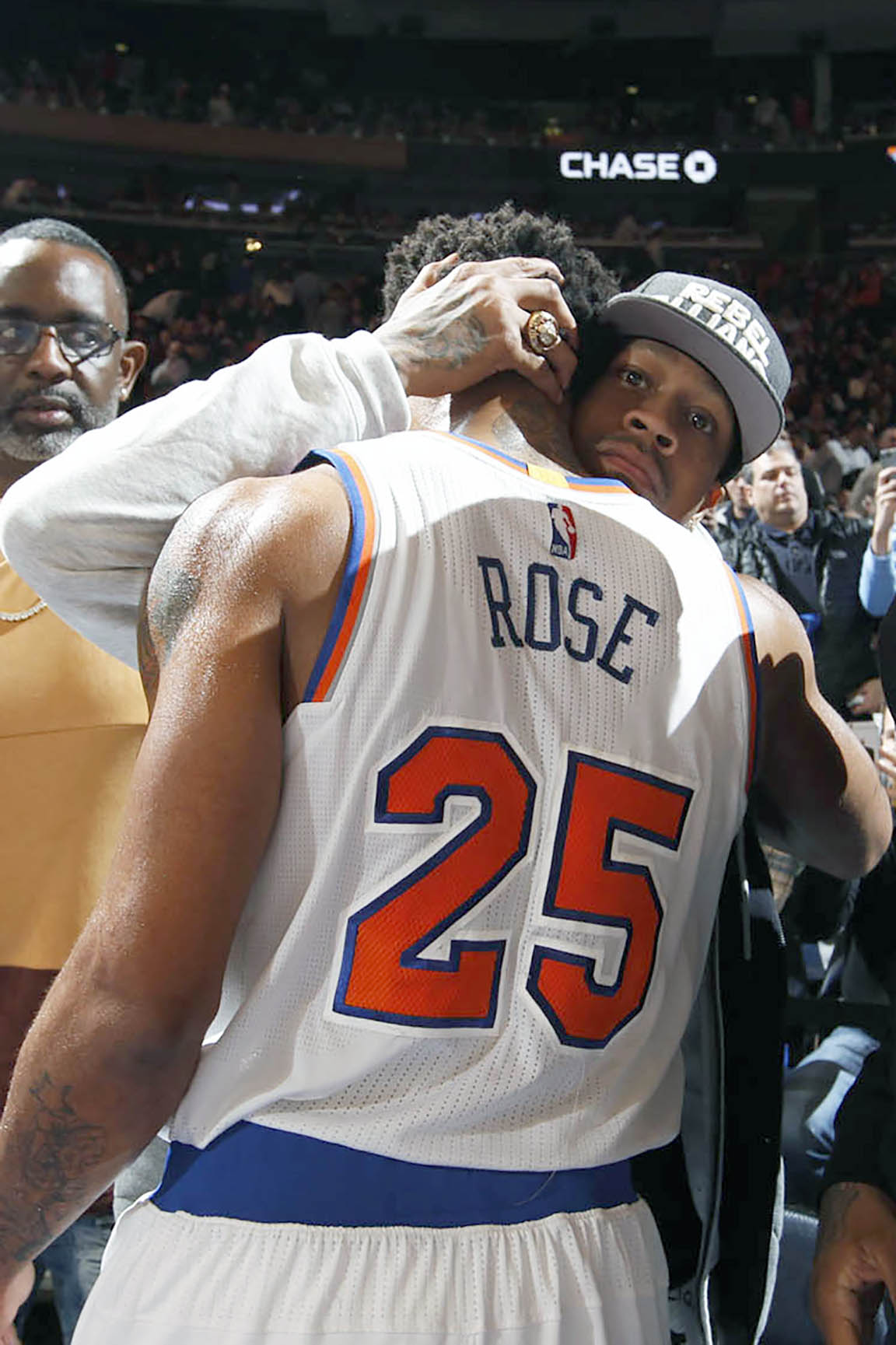