Stance Socks has quietly been recruiting an impressive group of NBA players to represent their fashionable line of socks. Now they have NBA legend Allen Iverson on a roster which already includes Dwyane Wade, Klay Thompson, Andre Drummond and Chandler Parsons.

Simply put, Allen Iverson is the uncommon thread. Over the course of a 14 year NBA career, Iverson averaged a staggering 26.7 points, 6.2 assists and 2.2 steals per game. The long-time Philadelphia 76er was voted onto 11 All-Star teams, was named NBA MVP in 2001 and is a surefire hall of famer. As impactful as his game was on the court, though, the 6-0 dynamo made an even bigger cultural dent off of it. The native of Virginia brought cornrows, tats and headbands to the NBA. He brought style, attitude and hip-hop to the league. More than that, he brought them to pop culture. In short, Iverson made it OK to be yourself, to be uncompromising, to be real. He made it OK to be uncommon.

Here’s the two Iverson socks they currently have for sale but I’m sure some interesting new ones will be coming soon. 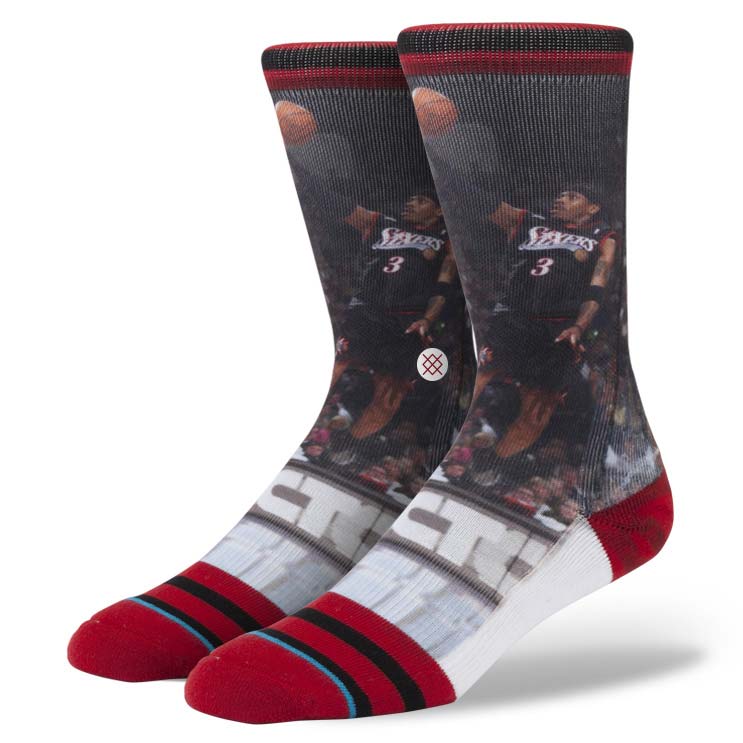 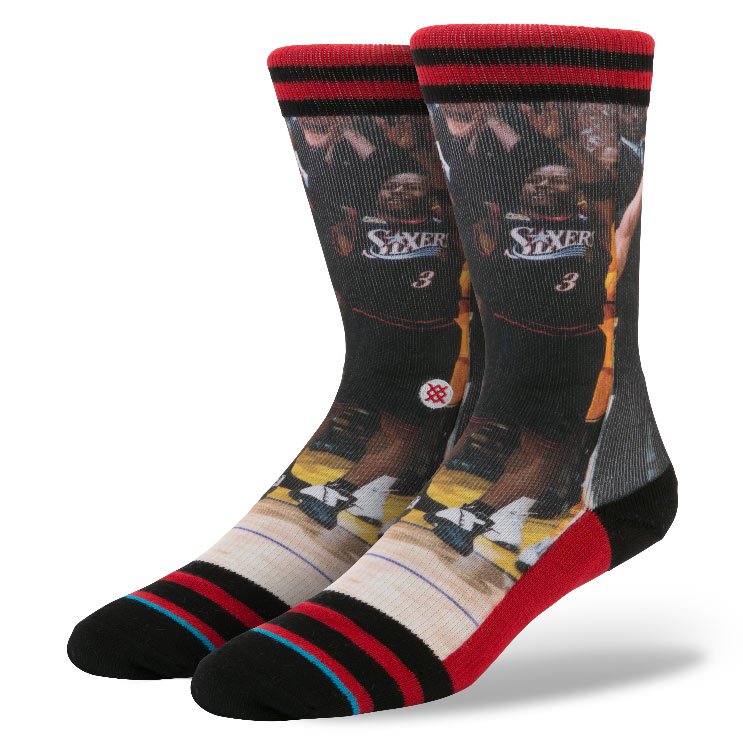 And my favorite Stance socks are these Stockton and Malone ones. Hammer dunk! 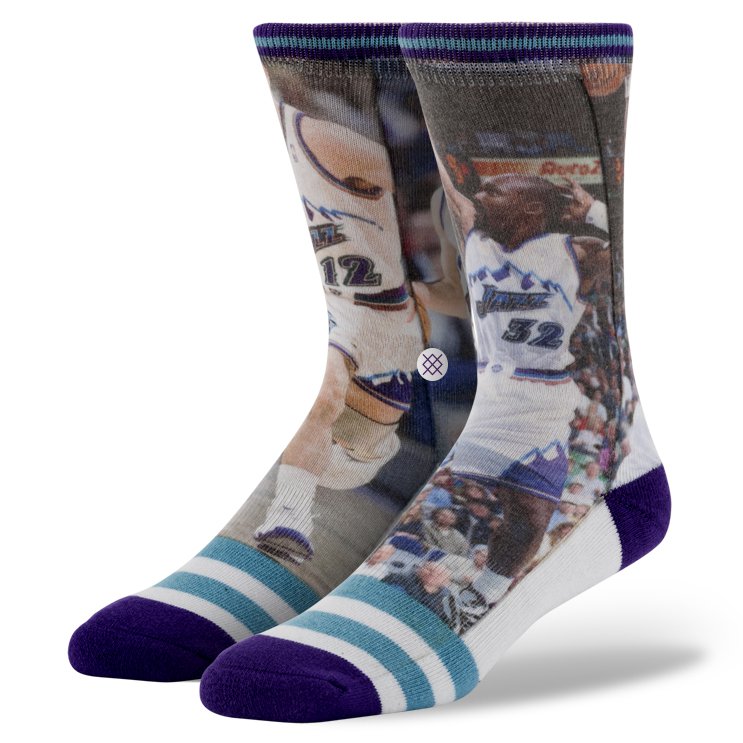