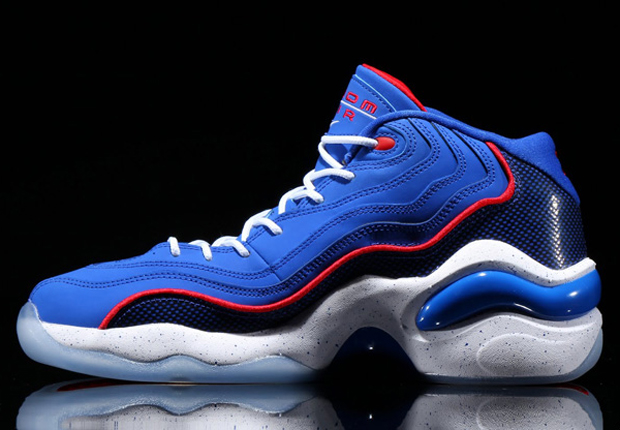 So Nike wanted to release a “Tribute” to Allen Iverson, who has a lifetime deal with Reebok, with their Nike Zoom Flight ’96 shoes. Yes, Nike, thought it was a good idea to put out a shoe dedicated to the 1996 draft class, where Allen Iverson was selected #1, featuring the colors of Allen Iverson’s 76ers and showing Iverson’s jersey number on them…but not compensate Iverson.

AI and his lawyer didn’t think it sounded like a good idea either so they sent a letter to Nike and Nike agreed not to “move forward” with the colorways.

“Nike is clearly trying to use Allen Iverson’s celebrity status and persona to promote Nike’s shoes,” Iverson’s attorney said. “There’s no other No. 3 that played for the 76ers that came out of the 1996 draft. For Nike to use his status to sell shoes, and not get his permission, to not compensate him, is bad business.”

But stopping the major release doesn’t tie up all the loose ends because the shoe has already been released in Asia and are now selling on Ebay for around $275.

Back in 1996, Reebok signed Iverson to a 10 year $50 million deal but in 2001 they converted that contract into a lifetime deal that goes beyond his playing days.

“It shows a lot of commitment on their part,” Iverson said. “Hopefully, I can stand up with my part and do the same thing. They’ve been helpful with me from day one. I haven’t had the greatest past in the world, but they always stuck by me and stood up for me when times were bad. This is another time they stood by me. I’m just looking forward to doing the best I can for Reebok.”

What was the purpose of the lifetime deal? So other shoe companies will never be able to put out a shoe associated with Allen Iverson.