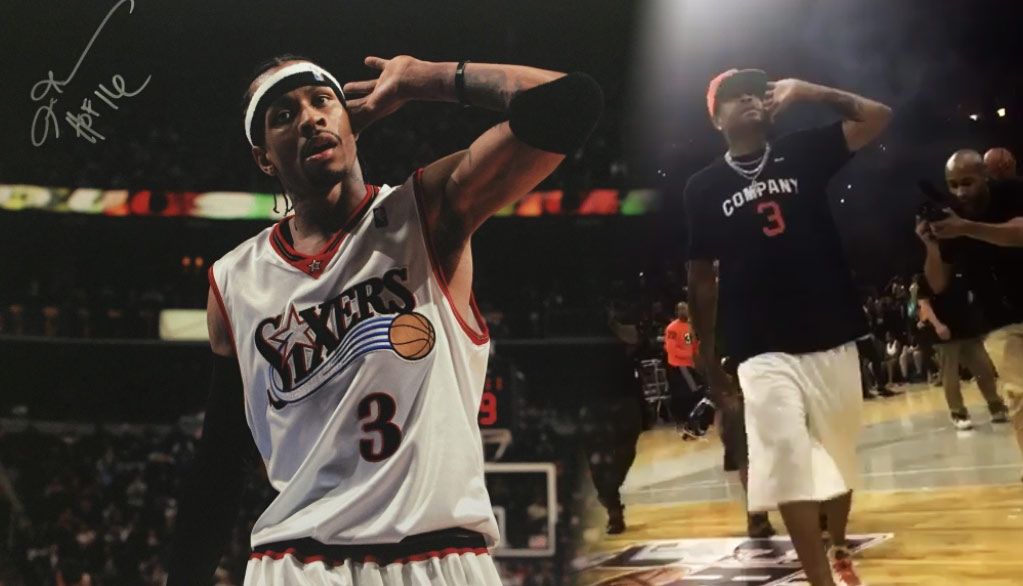 It’s safe to say the majority of fans who showed up to watch the Big 3 games at the Wells Fargo Center in Philly on Sunday were there to see Allen Iverson play. Many were also probably happy to see the great Dr J in the building too but most were there to see the best pound for pound player of all-time in uniform and playing ball in the arena he used to torch defenders for 50+ on a normal basis.

30 minutes before the game, Iverson announced via his Instagram account he would be sitting out the homecoming game due to Doctors orders.

“To all my fans out there, based on advice from my doctor, I will not be playing in the game tonight for the Big3,” he said. “I will be there to coach my team and beat Dr. J’s team. I will be interacting with all my fans, and we’ll have a great time and see some great basketball. I love you fans for supporting me all of the years up to date, and I’ll see you when I get there.”

Obviously, the surprise announcement didn’t sit well with some of the attendees. Boos and “We Want AI” chants could be heard during his team’s game.

A.I. not playing was disappointing to everybody, including myself. Doctors told him not to get out of bed and he came anyway. Sad but true.

I wish A.I. could’ve got 30 tonight like Rashard Lewis, but I realize he’s human too.

I respect everybody’s thoughts and comments. And always keep it 100. The Big 3 will do better whenever we come back to Philly. I owe you one.

Thanks for the support y’all. Only one feeling worst then me is A.I.

To keep it 100. I understand why the fans were disappointed but I would assume most die-hard Iverson fans would rather see their hero walking, smiling and cuffing his ear like he used to after a clutch shot than play and struggle like he probably would have. Sad but true.