Vince Carter is still in the league which means we have another season of NBA bloggers and writers saying “Vince is turning back the hands of time” every single time he does a dunk. What makes this so silly is Vince – the greatest dunker of all-time – has never stopped dunking. Granted, he’s not throwing down windmill alley-oops like he did 15 years ago but he’s still capable of making a poster here and there at the young age of 39.

On Tuesday, Vince showed off his three months from turning 40 hops when he caught this missed shot and dunked it for 2 of his 4 points in a 30 point beatdown on the 76ers. Vince also had 4 boards, 2 assists, 2 steals and a block in just 18 minutes of preseason action.

If you need another reminder of his hops, look at these pics from his visit to China this past summer. 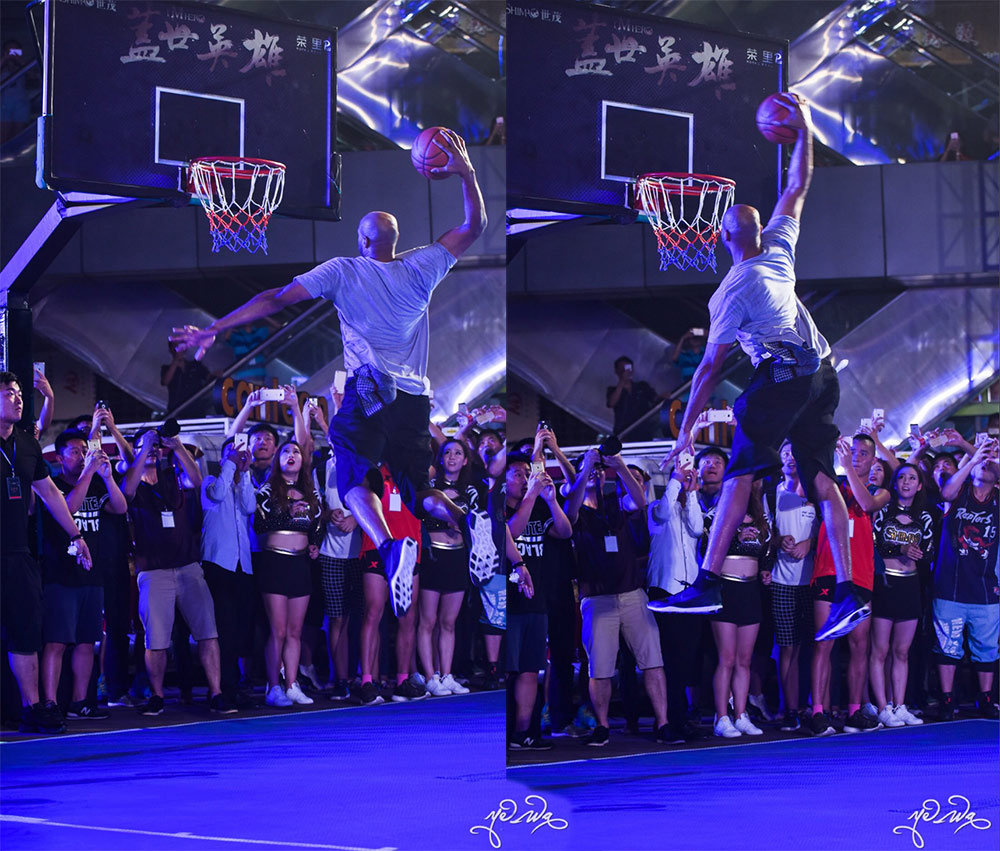 FYI, if you were wondering if Michael Jordan was still dunking at 39, here’s a clip of a 40-year old MJ getting an and-1 dunk on Carter’s former UNC teammate, Antawn Jamison.