OK, I know this is as immature sounding as Amar’e punching through the glass of a fire extinguisher case (that was 2012) but what exactly is Travis Wear doing at the 11 second mark of the above video? While everybody else is clapping and watching the replay above, Travis was looking down and doing something with a guilty smile on his face…..look! 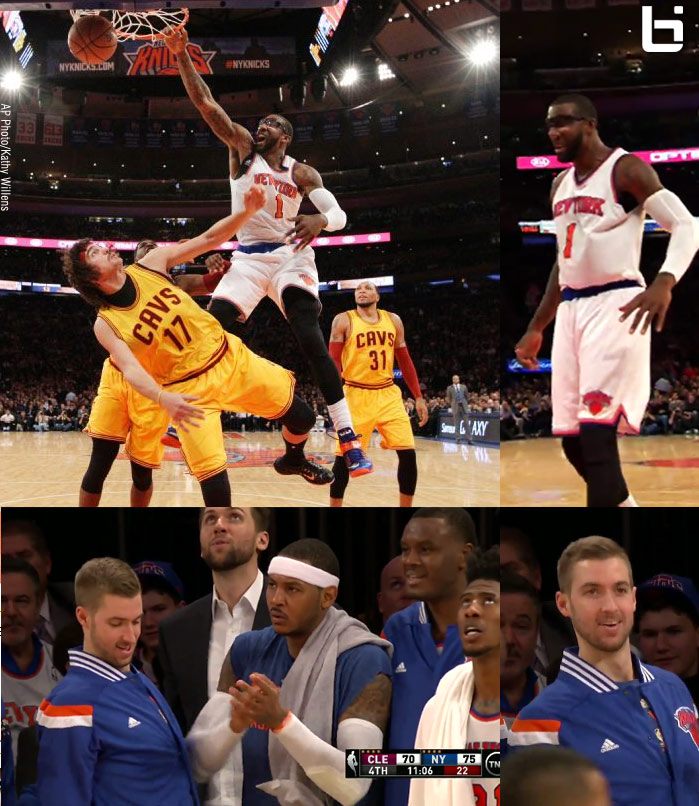 STAT (the dunk was so nasty that i’m calling him STAT again) finished the game with 18 points on 8 of 13 shooting and grabbed 9 rebounds which puts his season average at 7.9 and you have to go back to the 2010/11 season to find STAT averaging 8 boards a game.

Yes the Cavs (who seemed to be playing with 7 players on the court) did come away with the W but this dunk made my day and took me back to these days.