Andre Drummond only had three points and six rebounds because he was ejected after 13 minutes. Roy Hibbert only had four points and one rebound in 13 minutes because….he’s Roy Hibbert.  Actually, before we get into Drummond’s ejection, I have to point out that the 7’2 Hibbert had more steals (2) than blocks (0) and more assists (2) than rebounds (1).

Anyways, so the refs thought Dre intentionally hit Hibbert in the head with an elbow so they threw him out. Dre just laughed and clapped his hands as he walked off.

“I don’t make the rules,” Drummond said. “I just play the game. They felt that I had done something maliciously. Everybody who knows me knows that’s the type player I am. At the end of the day, it wasn’t my call so I took the consequences and walked off the floor.”

Instead of the Hornets taking advantage of the All-Star being throw out, they let the Pistons outscore them by 23 and only put up 35 second half points in the 23 point loss. 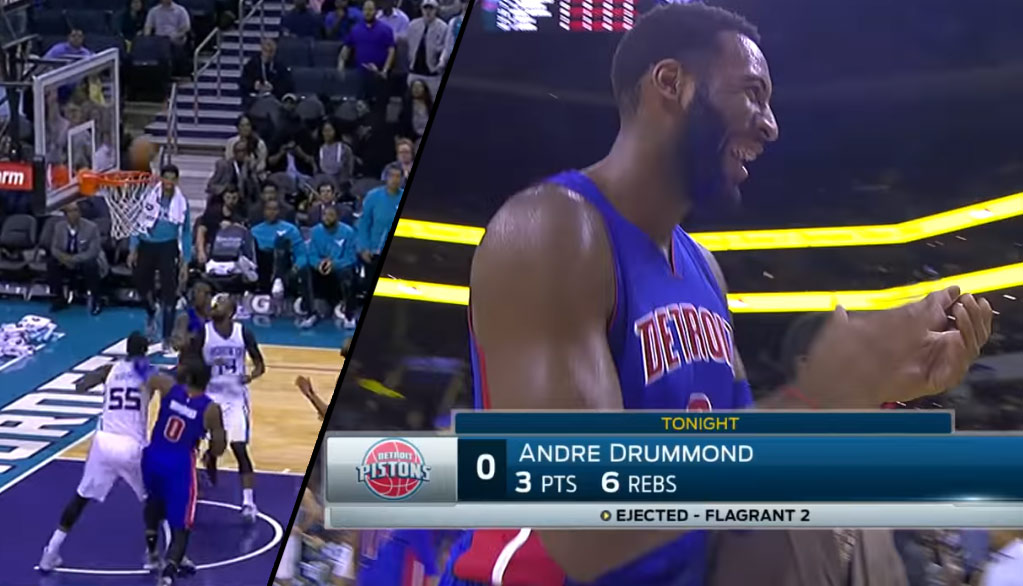