Andre Drummond won the Eastern Conference Player of the Week during the first week of the season and he’s starting off the 2nd week with even bigger numbers. On Tuesday night against the Pacers, the beast that is Drummond became the first Piston since 1985 to have back-to-back 20/20 games when he recorded 25 points and a career-high 29 rebounds!  This was also the 2nd time in the past 30 years a Piston had a 25/25 game. The other time was last year and it was also by Drummond.

“We had one guy play well tonight,” Stan Van Gundy said. “He was the one. That was a really, really good performance.”

Despite the big numbers, the Pistons didn’t get the win but if you drafted him in your fantasy league then consider yourself a winner and if you play daily fantasy sports, I suggest you pick him every single night no matter how expensive he gets.

So far this season, Drummond is averaging 20 points, 20 rebounds, 2 blocks and 2 steals per game. 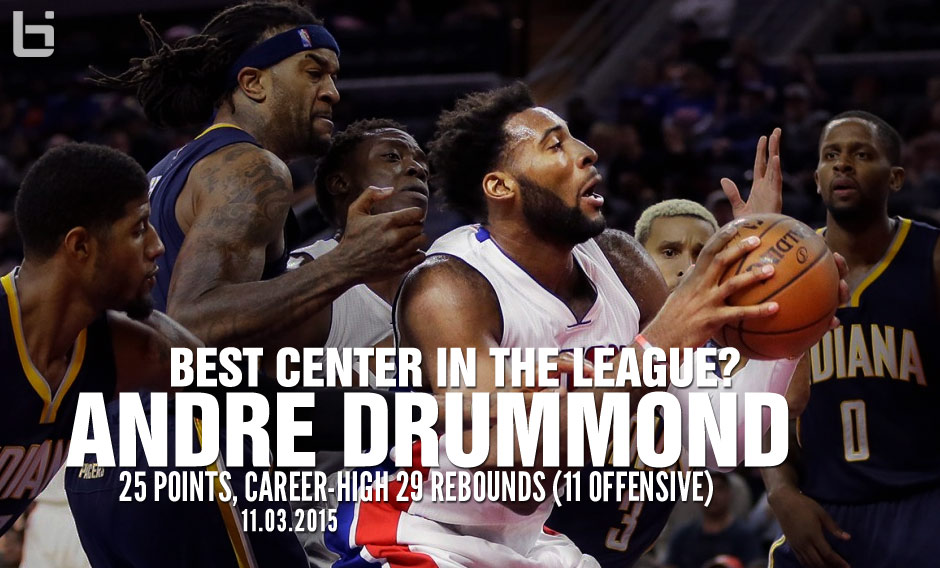