Andre Drummond is averaging 15 points  & 18 rebounds over his last 5 games while averaging just 33 minutes for the Pistons who are now on a 6 game win streak since waiving Josh Smith.

Against the Spurs last night, Dre had his way and hit 8 of 10 shots on his way to a game-high 20 points. It was his 2nd 20 point game during the streak and his 6th time grabbing 17+ boards in his last 10 games which included 3 20+ rebound games. 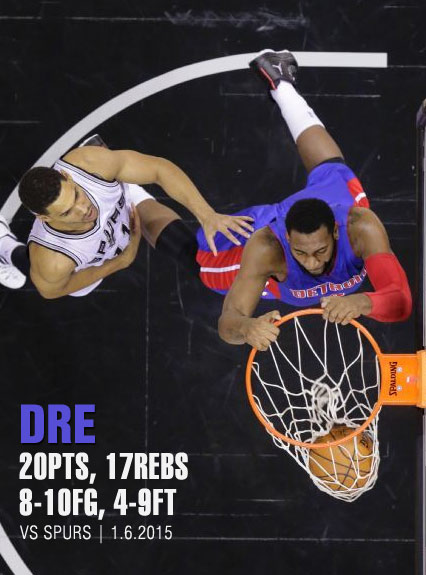 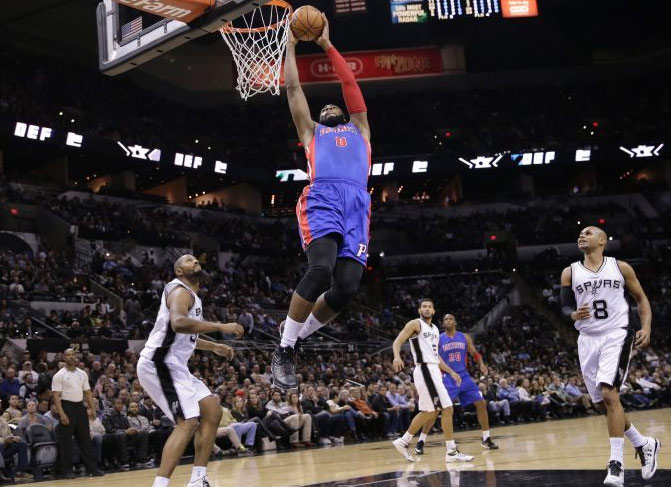