After back-to-back losses, Coach Kerr had to shake things up and gave Iggy his first start of the season and was rewarded with a huge performance.  Iggy scored a season-high 22 points, grabbed 8 boards, hit 4 three-pointers and played some great D on LeBron who was just 7 of 22 from the field.

“Make him work as hard as possible,” Iguodala said on playing James. “Make him take tough shots. You look at his strengths, you look at his weaknesses, and you try to take him out of his comfort zone. Sounds easier said than done, but we all have a lot of talent and when we go out there we want to make our stamp on the game.”

Well, Iggy left a big stamp on the game as the Warriors tied up the series at 2 a piece.

After the game, Kerr amusingly apologized for telling reporters he wasn’t going to change his starting line-up.

“I lied,” he said. “I don’t think they hand you the trophy based on morality. They give it to you if you win. Sorry about that.”

I think Warriors’ fans will accept the lie and Cavs fans are hoping Bogut gets put back into the starting line-up. 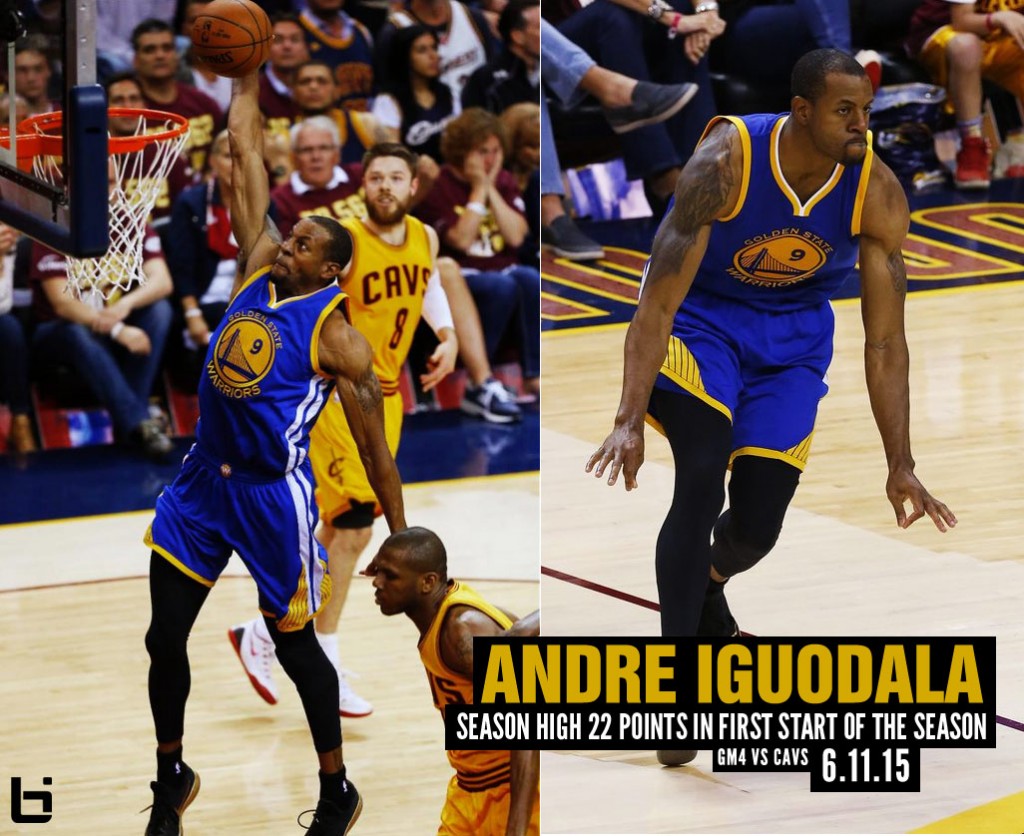