Andre Iguodala had the dunk of game 2 when he threw down over Dwight Howard and made an excited Steph Curry almost run to the other end of the court in celebration.  For an encore, Iggy trolled the Rockets by waiting for the defense to cross half court before throwing down a wide-open dunk.

This reminds me of an actual fight I once saw when a friend of mine was playing Madden 97 (yes this story takes place during the MJ era) against a hot head. My friend waited for the other player to get near him before scoring a touchdown and then it got ugly.  Thankfully no punches were thrown after this moment, although i’m sure the 35 point loss felt like a punch to the gut to Rockets’ fans. 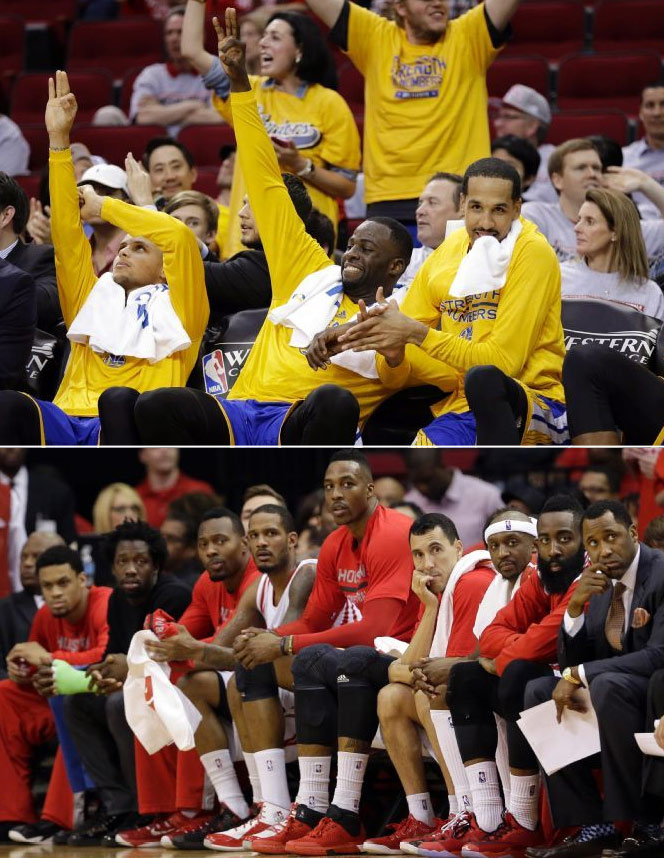