If Andrew Wiggins would have finished this dunk over Hassan Whiteside then we might have had a dunk of the year nominee!  But he missed and not many shots were going in around with Whiteside on Tuesday night.  The Heat center had 10 blocks to go with his 22 points and 15 rebounds including this alley-oop rejection on Nemanja Bjelica.

The Wolves did get the W and Wiggins had his 3rd game with 20+ points (24) despite missing 13 of his 21 field goal attempts.

Damn, I really wanted this attempt to go in! 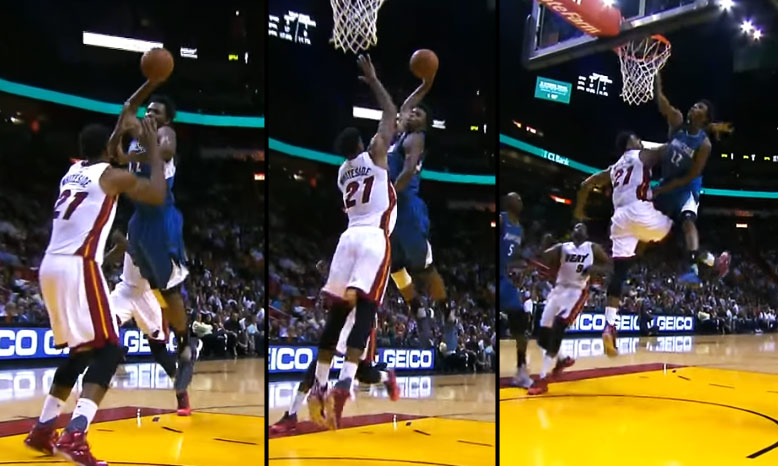