While everybody is drooling over the potential of “The Process” and his young (very fragile) 76ers, former #1 pick, rookie of the year and college teammate of Embiid, Andrew Wiggins, is in the process of becoming one of the league’s best on the scariest young team in the league.

On Thursday, Wiggins outscored the entire 76ers starting lineup, finishing with a game-high 35 points on 14 of 20 shooting and 3 of 6 from 3. The 50% shooting from outside dropped his league-leading 3PT% to .523, which is still .210 higher than his previous career-best and still makes him the only player in the league shooting over .500 from 3 .

He also matched Embiid in the rebounding department with 10 boards, which is also how many boards Karl-Anthony Towns had. The future best big man in the league had 25 points on 12 of 18 shooting, 1 of 2 from downtown and 1 nasty dunk against Embiid.

Embiid did play well with his second straight double-double (10/10) while only playing 22 minutes. For the month of November, he’s averaging 17 points and 9 rebounds in just 23.3 minutes.

WIGGINS & EMBIID DANCING AT KANSAS’ LATE NIGHT IN THE PHOG 2013 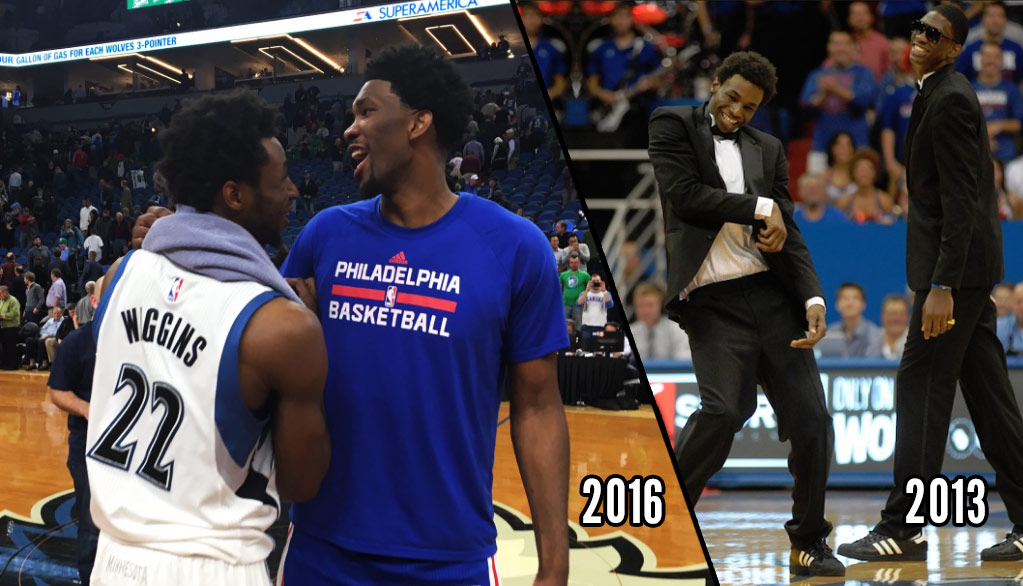