“For me as a defender, I would say Kobe,” said #1 pick Andrew Wiggins when asked about who his toughest match-up has been after scoring 27 points against the team that drafted him. “Kobe has been the toughest matchup for me this year.”

The 27 was the 5th most by any former #1 player in his 1st game against the team that drafted him; on top of that list is LeBron James and his 38 points.

On this night, James had 24 but didn’t need to do much scoring as teammate Kyrie Irving scored a game-high 29 and Kevin Love had 20 against his former team.  After the game, James did have some nice things to say about his almost teammate Wiggins.

“He’s a great talent,” James said. “Very poised and very efficient. They got a great piece.” 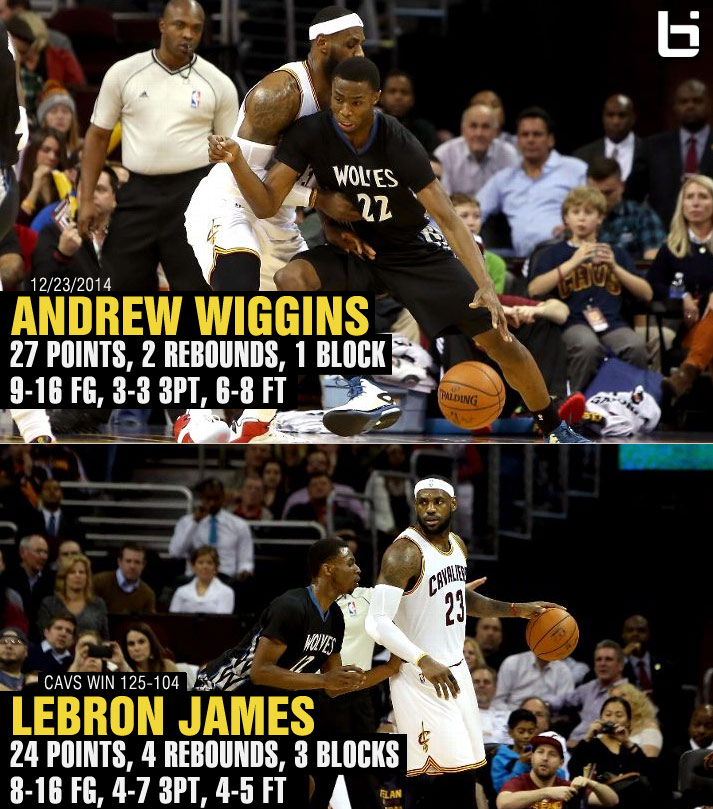