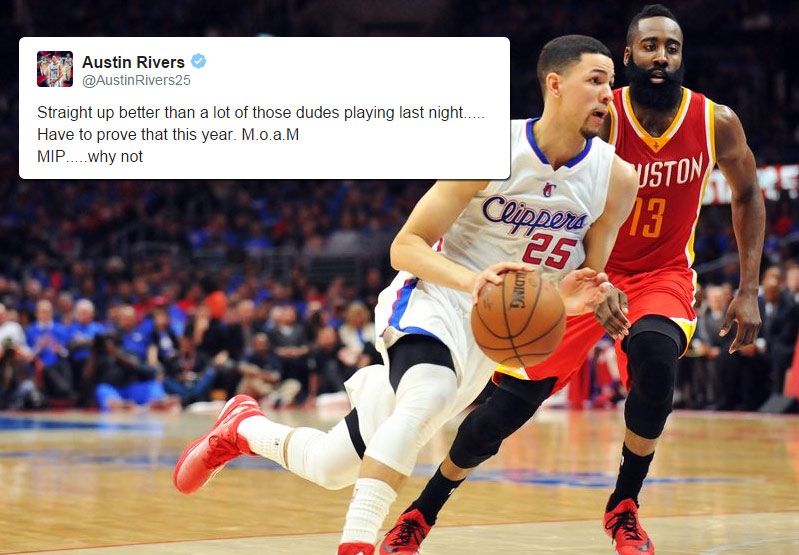 One of the things I look forward to every summer is Orlando Pro-Am highlights which usually includes some nice Home Team Hoop videos of former NBA player Jason Williams and current NBA player Austin Rivers. This morning, Austin sent out a pretty controversial tweet basically saying he should also be spending his summer playing with the USA basketball team.

As expected, the tweet by one of the easiest targets in the league was met with a lot of negative responses by people who obviously disagree with him.