There have been numerous college and professional hoopers who have graced the floor in the eight year history of the Ballislife All-American Game since its inception in 2011 and we wanted to highlight the alumni who are still alive heading into the Sweet 16 of the 2019 NCAA Tournament.

CLICK HERE for more information on the 2019 BILAAG scheduled for May 4 at the Long Beach Convention Center!

Bolden tallied four points in the 2016 BILAAG and is now a key contributor for one of the favorites to win the National Title. The 6-11 center has appeared in 33 games this season, starting 21, and is 5.5 points, 4.5 rebounds and 1.7 blocks per game for the Blue Devils. Duke will play Virginia Tech in the Sweet 16.

Little totaled 17 points in the 2018 BILAAG, helping his team to a 146-143 victory. Now, the 6-6 wing is playing a major role off the bench for a Tarheels’ team many expect to make a run to the Final Four. Little is averaging 10 points and 4.7 rebounds in just 18.4 minutes of action per game. North Carolina faces Auburn in the Sweet 16.

Norris scored four points in the 2018 BILAAG and finished second to Mac McClung in the dunk contest. The 6-foot-10 forward is playing a bench role for the 12th-seeded Ducks, scoring 3.3 points and 1.9 boards per game. Oregon will take on Virginia in the Sweet 16.

Reid scored a team-high 23 points in a victory in the 2018 BILAAG. The 6-foot-10 forward is having an impressive freshman season for the Tigers, scoring 13.7 points and 7.1 rebounds per game, while shooting better than 47.3 percent from the field. Reid dropped 14 points with 10 boards in the first round win over Yale and had 13 points in the second round victory over Maryland. LSU will face Michigan State in the Sweet 16. 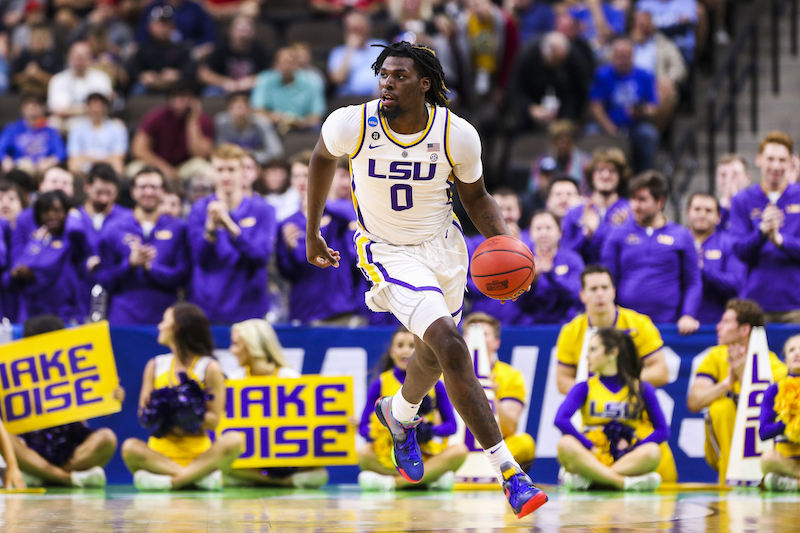 Smart dropped 21 points with four rebounds in the 2018 BILAAG. Smart, a freshman for the Tigers, is putting up 11.4 points and 3.4 rebounds per game while shooting nearly 84 percent from the free throw line. The 6-4 guard has scored nine points in each of his first two NCAA Tournament games.

Spencer participated in the 2015 BILAAG. The 6-8 senior forward has appeared in all 37 games at Auburn this season, averaging 4.4 points and 4.2 rebounds per game.

Washington filled up the stat sheet in the 2017 BILAAG, scoring 16 points to go along with seven rebounds and four assists in a winning effort. The 6-8 forward has missed the first two games of the tourney due to injury, but had been having a stellar season before getting hurt. Washington is averaging 14.8 points and 7.6 rebounds per game for the Wildcats but it’s still unclear whether he will be back in action against Houston.

White had a solid effort in the 2018 BILAAG, scoring five points with four rebounds and four assists. The 6-5 guard is one of the best players in the country regardless of  in the country averaging 16.1 points, 4.1 assists and 3.6 rebounds per game. White had 10 points, six boards and four dimes against Iona and followed up that performance with 17 and six rebounds against Washington. North Carolina faces Auburn in the Sweet 16.

Williams was the Co-MVP of the 2018 game along with UCLA center Moses Brown as his 31 points ranks as the third-most scored in the 8-year history of the BILAAG. Williams, now a freshman at LSU, is averaging 7.1 points and 5.4 rebounds per game for the Tigers while shooting 61.3 percent from the field.

Winston scored eight points with seven assists while leading his team to victory in the 2016 BILAAG. The 6-1 junior is one of the top players in the country, averaging 18.9 points and 7.6 assists per game for the second-seeded Spartans. Winston dropped 26 points in Michigan State’s opening win over Bradley and had 13 points with nine dimes the second round win over Minnesota.