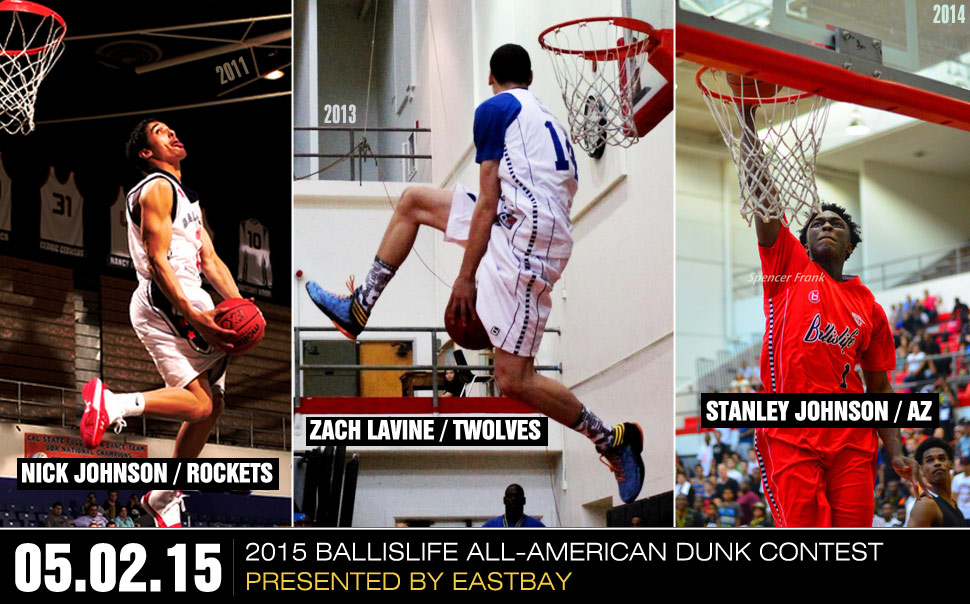 If you watched…forget watched…if you were around a phone, tablet, computer or TV around All-Star weekend then you heard or saw what Zach LaVine did at the NBA Slam Dunk contest.  It was  performance that some considered the best dunk performance since Vince Carter in 2000.  But if you were at the Ballislife All-American Game in May of 2013, then you saw LaVine pretty much do everything he did at MSG this year, at our event when LaVine was still a senior in high school!

To prepare for the upcoming 2015 Ballislife All-American Game Dunk Contest Presented by EastBay on May 2nd, let’s look back at the best dunks and dunkers from the event.

We will be announcing the 2015 contestants soon. For more info about the event go to Ballislifeallamerican.com