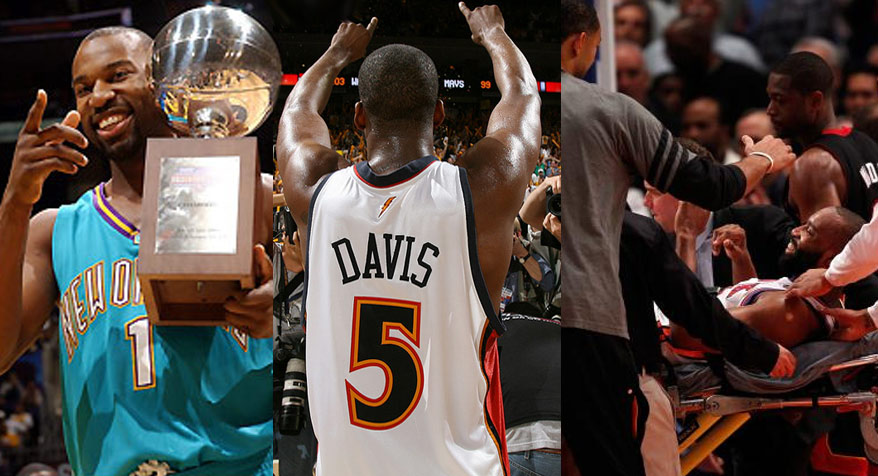 That’s one of the tweets I sent out while watching Baron Davis play during Friday night’s Drew League vs Seattle Pro-Am game. It was a tweet I was typing while the crowd was still ooohing and aaaahing seconds after a play where Baron showed that his handles are still highlight worthy and his playmaking skills were still worthy of being made in the NBA. But I wasn’t surprised to see that Baron could still handle and dish the rock like he was still in the league, what pleasantly surprised me was the crowd response to Baron. They loved him. They loved and cheered for him when he entered the game as if this game was being played in his hometown of LA, but it wasn’t.  This game was in Seattle and he was the player/coach of the opposing team the crowd wanted to destroy.

Baron didn’t play many minutes in the exhibition game and didn’t put up big stats in the limited minutes he did play, but what he did was he inspired his team, got the crowd cheering and had me wishing he could get the NBA exit he deserves.

On Tuesday morning, Baron released an emotional letter about his battle with the “demon of doubt” and path for a NBA comeback and his words just reinforced all the feelings I had seeing him this weekend.

“This is a good feeling, said Baron in his letter The Road Back Home. “I’m feeling good about this. I need to embrace this feeling and be more like these guys. I like this new generation. I want to be a part of it. I have something to offer, something valuable. I still got it, so they say. But it’s a long journey and now I’m fully committed to the journey, the climb, the hurt, the commitment, the unity and the brotherhood.

This time around though, it’s more than me I’m doing it for! So, I have every reason to finish the journey.”

And I’ll be there at the finish line because I know you “still got it.”