If you play fantasy basketball and are lucky enough to land Russell Westbrook on your team this season, then you probably have a great shot at winning your league; I’m expecting him to be one of the top scorers, while averaging a near triple-double. That feeling of watching Beastbrook put up gaudy numbers on a nightly basis is probably how people would have felt owning Nate “Tiny” Archibald in 1973 — if fantasy sports existed.

In 1973, the 6’1″ 2nd round draft pick became the first and only player in NBA history to lead the NBA in points and assists in the same season, with a ridiculous 34 points and 11.4 assists per game average; Only Oscar Robertson (5 times) and Michael Adams (26.5 + 10.5) have averaged over 25 points and 10 assists per game for an entire season. The one-man show also led the league in field goals made, free throws made and minutes played. But, unlike a fantasy team with the great Nate on their roster, his Kings weren’t so great and barely made the playoffs.

After a couple more All-Star seasons with the Kings, Nate spent a couple of injury plagued ones with the Knicks and Braves before ending up with the Celtics in 1978. It was in Boston where he won his first and only NBA championship.

He would later be inducted to the Hall of Fame, named to the NBA’s Top 50, and had his number retired by the Sacramento Kings. That’s a pretty impressive resume for a guy nobody wanted to give a college scholarship to or draft. But if we had an ultimate Fantasy draft and could pick any player from any season, Tiny’s 1973 season would be one of the first point guard to be picked. 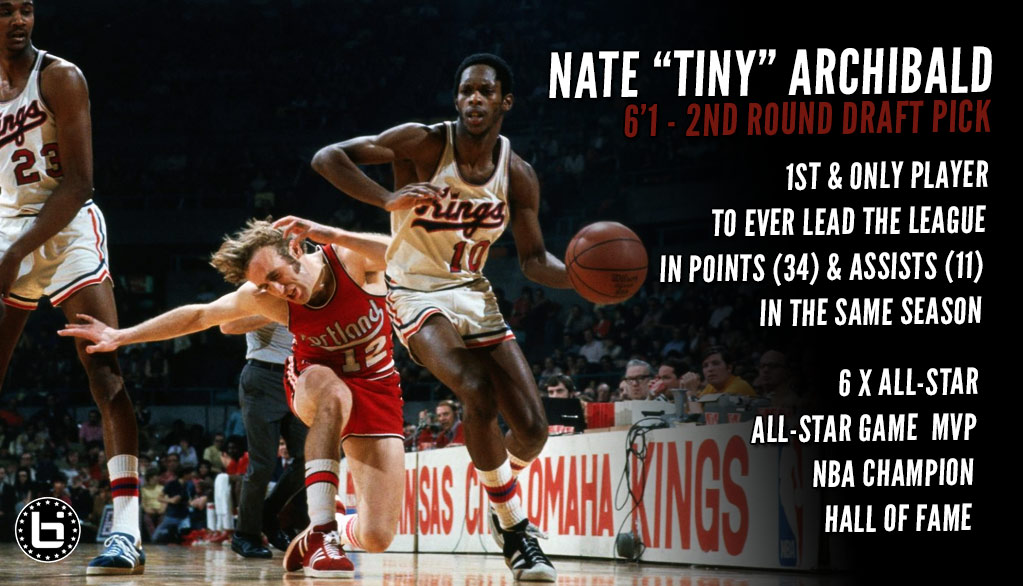