After going 5 of 21 in his past 2 games (both losses) LSU’s Ben Simmons channeled LSU alum Shaquille O’Neal against North Florida on Wednesday night. The probable future #1 NBA draft pick made 15 of 20 shots  (13-15 from the line) for 43 points.  The last time a LSU player had 43 points was when Shaq did it back in 1991. Simmons also had 14 rebounds, 7 assists, 5 steals and 3 blocks in the much needed win.

“I’m tired of losing,” Simmons said. “I just wanted everyone to get energy and try to play as a team. The three losses fueled the fire a little bit. I definitely felt like they couldn’t stop me in the post. My teammates built my confidence by throwing me the ball. Once I had it, I knew where I was going.”

Down by 8 at half-time, Simmons took over the 2nd half against the red-hot from 3 Florida team with 25 points, 8 boards and 4 assists. 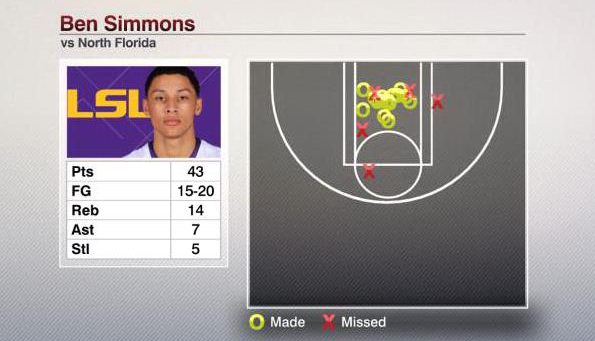 Simmons’ 43 puts him in good company with MDE Shaquille O’Neal and IMO the best college scorer ever – Mahmoud Abdul-Rauf (Chris Jackson).  Shaq pulled off 43 twice during his 3 years (didn’t get many touches his freshman year and was triple – quadruple teamed during his entire junior year) at LSU and Mahmoud did it 8 times. 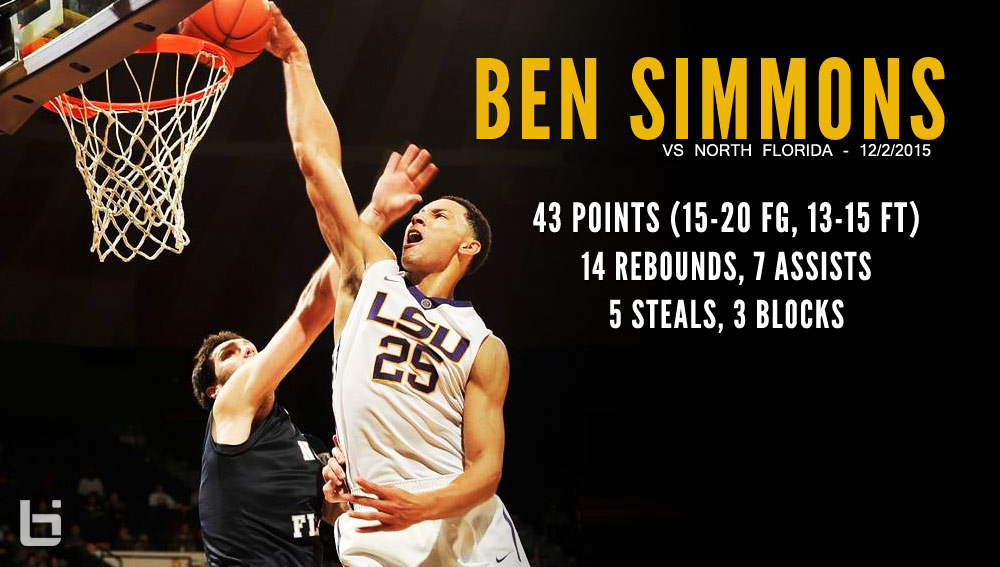