Former #2 pick of the 2009 draft (yes the draft that saw James Harden, Steph Curry, DeMar DeRozan, Brandon Jennings, Tyreke Evans and Ricky Rubio go in the top 10) Hasheem Thabeet aka Black Jesus averaged 9 points, 7 rebounds and 2.4 blocks this season with the Grand City Rapids.  Those numbers aren’t exactly saying “bring him back to the NBA” but his numbers over the last 4 games of the season does show that the 7’2 28 year old does have the potential to put up big numbers.

Thabeet averaged over 20 points, 10 rebounds and 5 blcoks in the final week of the season and was 1 rebound and 1 block away from a triple double in one of those games.  Last month Thabeet also had a 22 point, 12 rebound and 7 block performance.

I’m still hoping he gets called back to the league and I don’t mean by Caron Butler. 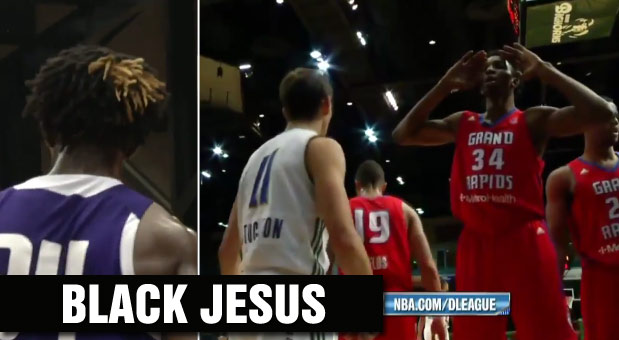