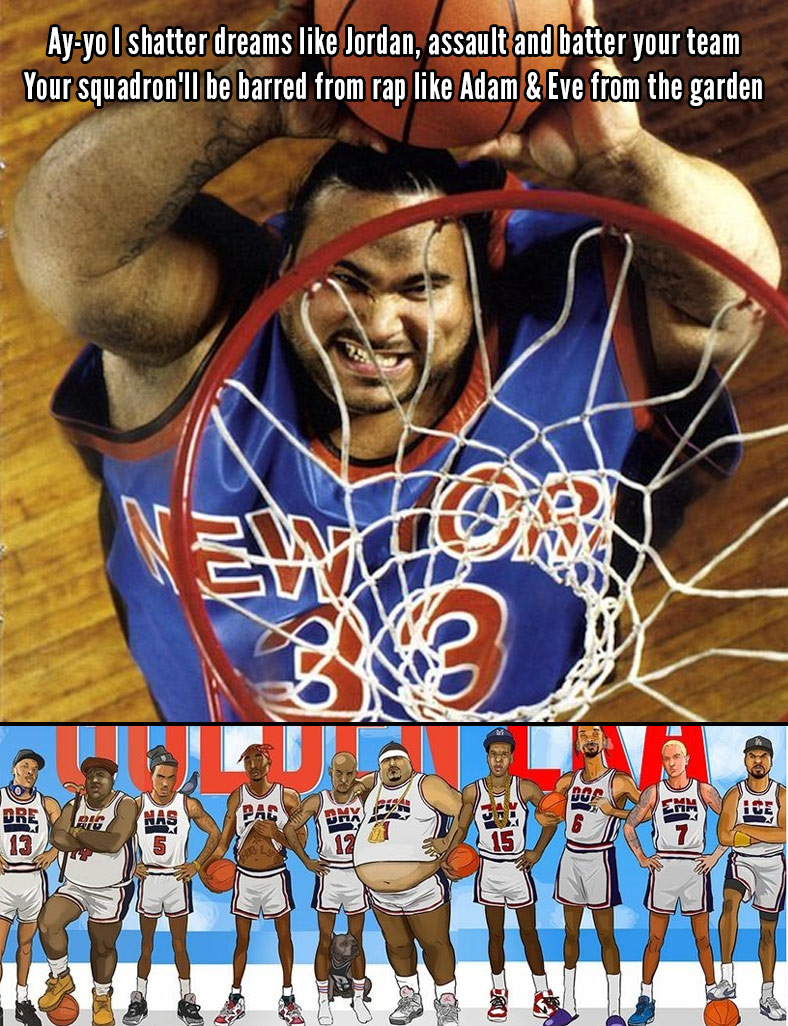 Ay yo I shatter dreams like Jordan, assault and batter your team
Your squadron’ll be barred from rap like Adam & Eve from the garden

Those are the first lines from the song “The Dream Shatterer” by the late great (great, great) Big Pun – a lyrical genius who deserves to be mentioned with names like Biggie, Rakim, Nas, Eminem and Big L when talking about lyrical geniuses.

Since today is the anniversary of Pun’s unfortunate death in 2000 and this is a basketball site, I thought I would honor him by remembering his video “Whatcha Gonna Do” featuring New York basketball greats Stephon Marbury and Kenny Anderson.

And here’s Pun with a jaw-dropping performance during one of the greatest hip-hop cyphers (shout out to Mic Geronimo!) you will ever see.