Chris Andersen’s shove that knocked Tyler Hansbrough to the ground was shocking, his follow-up push was equally shocking but the most shocking of shockers was Birdman not being asked by the refs to take a flight to the lockers for his actions.

The most amusing thing about the altercation was Paul George was the man that Birdman should have been going after. 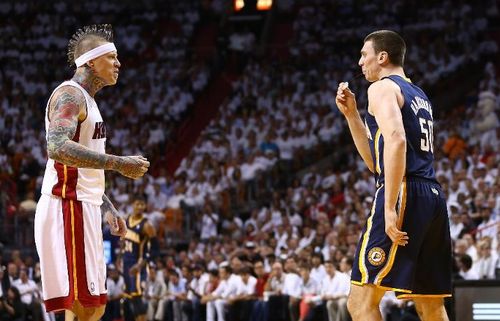