If that wasn’t bad enough, when Bismack did play, he only played 15 minutes and finished with 0 points, 2 rebounds, 1 block and 5 fouls.

As for the teammate who didn’t dunk on Bismack, Gerald Henderson had 17 points…and 1 nice dunk on Gorgui Dieng. 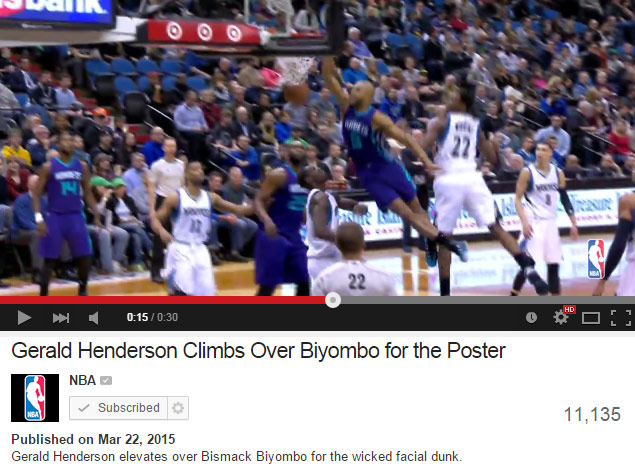